How Celia Farber tried to sue an AIDS activist - and lost

An interview with Richard Jefferys

AIDS denialist Celia Farber sued Richard Jefferys for calling her a liar. In November, the Supreme Court of New York dismissed Farber's action. Quackdown interviewed Richard about the case. The interview is fascinating because Richard crisply describes the web of lies, homophobia and madness in the world of AIDS denialism. 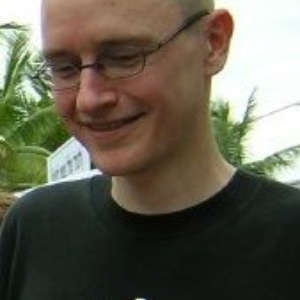 Farber's work would not be subject to the type of criticism that prompted her to file suit if it wasn't egregiously false and riddled with errors and misrepresentations.

Richard Jefferys has been an AIDS activist for many years. He works for the Treatment Action Group in New York and has written extensively on the science of HIV and the immune system. Much of his time is devoted to educating people about the science of HIV treatment.

In 2008, an obscure US group named the Semmelweis Society decided to give an award to AIDS denialists Celia Farber and Peter Duesberg, and attempted to include them in a conference about whistleblowers in Washington DC in which several US Congress members were participating. Farber announced this development on page six of the New York Post on 25 April. After reading this article online, Richard sent a comment using the feedback form on the whistleblower conference website in which he wrote that Farber and Duesberg "are not whistleblowers, they are simply liars who for many years have used fraud to argue for Duesberg's long-discredited theory that drug use and malnutrition –not HIV– cause AIDS."

The case was dismissed in November. Here is our interview with Richard.

Quackdown: What were the events that led to Farber taking action against you?

In May 2008, a series of events named "Whistleblower Week" were planned to take place in Washington DC, USA. The website for Whistleblower Week is now defunct but parts of it are retained in the internet archive. The goal appears to have been to highlight the importance of whistleblowers in revealing government and corporate malfeasance. A number of events were scheduled including a "tribunal" where putative whistleblowers would testify before a panel including several Congresspeople. There were several sponsoring organizations, including one named the NO FEAR Coalition run by Dr. Marsha Coleman-Adebayo, former chairman of the DC AIDS Network who has advocated previously —and rationally— on the subject of AIDS in Africa. But one of the co-sponsors, the Semmelweis Society (who ostensibly advocate for medical professionals who have lost their jobs after receiving poor peer reviews), decided to try and invite Celia Farber and fellow AIDS denialist Peter Duesberg, in addition to giving them Semmelweis Society "clean hands awards."

I learned of this development via the New York Post article. At the time the page six column was run by Richard Johnson, who I understand is a longtime friend of Farber's. The article was titled "Hands Not So Bloody" and I fell for its false claim that Farber & Duesberg were scheduled to "address Congress."

The concern was not that Farber and Duesberg would persuade anyone at the events to believe their falsehoods about HIV and AIDS, but rather that they would use their involvement the same way Duesberg uses any publication of his pseudoscience by foolish journals, and the same way Farber uses any publication of her promotion of Duesberg's pseudoscience in misguided media outlets: as propaganda in their decades-long campaign to convince non-scientists —and particularly people living with HIV— that the virus is harmless or does not exist. Duesberg acknowledges HIV exists while Farber appears to vacillate.

I sent emails to a few people and the US-based listserv for discussing Federal AIDS Policy, highlighting this concern about Farber and Duesberg's involvement. I also sent a short comment via a feedback form on the Whistleblower Conference website, and it was this message —which stated my belief that Farber and Duesberg are liars and frauds and also noted that they alter and misrepresent quotes from the scientific literature— that Farber obtained and filed suit over.

I learned about the filing of the lawsuit from another article on page six of the New York Post article dated May 9, 2009.

Quackdown: On what basis did the judge dismiss the case?

I was very fortunate to be represented pro bono by the lawyer Joe Evall. Joe originally filed a motion to dismiss, which the judge subsequently requested be converted into a motion for summary judgment.

The judge granted the motion for summary judgment on two grounds: firstly he deemed Celia Farber to be a "limited purpose public figure" on the subject of AIDS because of how she has sought attention and striven to promote AIDS denialist views to the public. In his words:

"Farber's own complaint and the papers she submits in opposition to this motion establish that, in the limited context of issues surrounding AIDS and HIV dissenters and the question of whether HIV causes AIDS, she is a public figure."

In US law this means that a defamation case can only be sustained if there is evidence of malice, which is defined as publishing false information about someone "with knowledge that it was false or with reckless disregard of whether it was false or not."

Secondly, the judge found that HIV/AIDS is within the sphere of legitimate public concern. This also affects the standard required regarding defamation. Even if the person is not considered a public figure, in order to prove defamation in matters of public concern it has to be shown that "the publisher of the allegedly defamatory statement 'acted in a grossly irresponsible manner without due consideration for the standards of information gathering and dissemination gather[ing] ordinarily followed by responsible parties.'"

The judge found that my comments were well-informed, not malicious or grossly negligent, and that therefore Farber did not have a case; he granted the motion for summary judgment and dismissed Farber's claims against me.

Quackdown: Can you give some examples of lies Farber & Duesberg have told?

Both have long histories of repeatedly saying things that aren't true, long after they have been informed that what they are saying isn't true. Each individual untruth can seem minor in isolation, but they are woven together to form the propaganda that sustains AIDS denial.

I will give you some examples:

Quackdown: Is the case over now? What happens from here?

Farber's lawyers have filed a notice of appeal, my understanding is that they now have about nine months to file their full appeal papers.

Quackdown: Is AIDS denialism merely a nuisance or is it dangerous?

It is a danger to the health of people with HIV, and for each person harmed by it there is a ripple effect that impacts the people who love and care about them. There is also a potential public health impact because individuals who believe denialist lies might not take steps to avoid HIV transmission. The denialist propaganda film "House of Numbers" —which was funded by Duesberg's "Rethinking AIDS" organization and is essentially an attempt to make a film version of Duesberg's book "Inventing the AIDS Virus"— has been one of the most successful recent vehicles for promoting denialism. If you look at the film's Facebook page there are many examples of individuals with HIV stating they have abandoned medical care as a result of believing the lies it promotes. The two HIV positive members of the Rethinking AIDS board who participated in the decision to fund it and were interviewed in the film —Christine Maggiore and Kim Marie Bannon— have both since died of AIDS. Maggiore's three year old daughter also died of the disease several years earlier.

Quackdown: Most people are unfamiliar with just how crazy some of the AIDS denialists are. Can you give a couple of examples so our readers can get a sense of what we're dealing with?

There is an ex-Los Angeles Police Department traffic policemen involved with the Semmelweis Society who is now aggressively promoting AIDS denialism, his name is Clark Baker and you can read the affidavit he submitted in the Farber suit online.

Duesberg recently was interviewed by an extreme right wing homophobe in the US, Bryan Fischer (head of the American Family Association). Fischer has decided to promote AIDS denialism and in the interview Duesberg outlined the same discredited, evidence-free theory that AIDS is caused by gay male behavior that he has been promoting for close to three decades now. 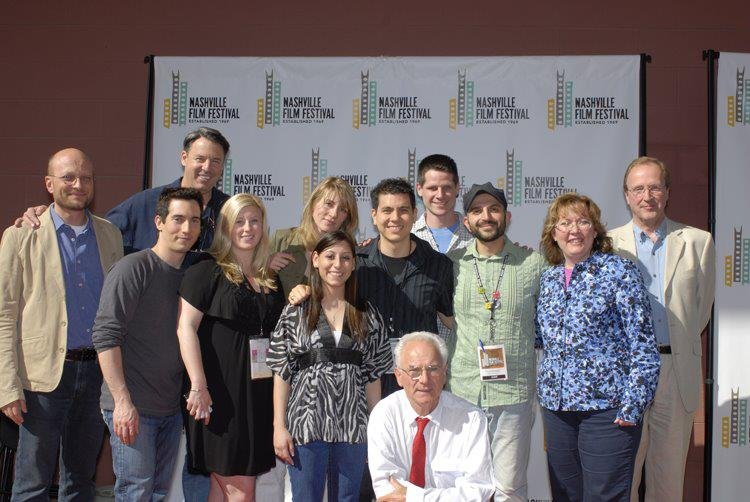 Fiala is at far left, Baker has a hand on his shoulder. Farber is at the back immediately next to Baker, Duesberg is kneeling in front and Hodgkinson is at far right.

Quackdown: Do you think Farber's litigation is an attempt to silence legitimate criticism of AIDS denialists?

I believe it was an attempt to intimidate, yes. There is a Wikipedia listing for a type of suit called a strategic lawsuit against public participation.

And it seems to fit the bill.

Quackdown: In 2010 a defamation case brought by the British Chiropractic Association against science writer Simon Singh was dismissed. Before that Matthias Rath tried unsuccessfully to sue Ben Goldacre but his litigation against the British Medical Journal resulted in them paying him £100,000. Most recently the Texas based Burzynski Clinic threatened legal action against a 16-year old blogger for exposing their quackery. In South Africa, a quack company called Solal Technologies has threatened defamation litigation against several of its critics. Are the courts the place to sort out disagreements about medicine?

Not evidence-based, legitimate disagreements no. But they have a potentially important role to play as a tool to fight people who illegally promote harmful quackery.

Quackdown: On the other hand complaints alleging unethical behaviour have been lodged against Duesberg at his university and the TAC litigated to put an end to Matthias Rath's activities. TAC regularly lodges complaints against quack adverts. Is there an equivalence between these kinds of actions and the kind of litigation by Farber?

No. Duesberg's University has a code of conduct that forbids violating "canons of intellectual honesty" and he's been doing that for decades on the subject of HIV. Rath engaged in illegal promotion of his products, as other quacks do.

Farber's work would not be subject to the type of criticism that prompted her to file suit if it wasn't egregiously false and riddled with errors and misrepresentations.

In responding to Farber's suit, I'm very fortunate to have had the support of the organization I work for, Treatment Action Group (TAG), and the excellent legal representation of Joe Evall, a longtime TAG supporter. Others might not be in such a fortunate position, so I hope that the decision of Justice York may give pause to AIDS denialists, or any other similarly dangerous cranks, who might be considering trying to use the legal system to intimidate people who criticize them.

Farber is a "limited purpose public figure" - if that wasn't a strong enough slap in the face, I don't know what is