How companies are putting patients at risk

One of the ways in which companies can object to a decision made by the Medicines Control Council (MCC) is to appeal the decision in terms of Section 24 of the Medicines and Related Substances Act (Act 101 of 1965). There are time limits and prescriptions as to how long it can take for an appeal to be lodged and how rapidly the Minister of Health must respond. It is reasonable to have such a clause in the Medicines Act for legitimate objections – but it should not be abused to delay the implementation of an MCC decision. 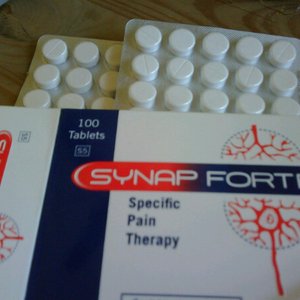 Adcock Ingram's appeal against having to take their products off the market is not in patients' best interests. Synap Forte packaging has changed since this photo by Kevin McCallum was taken.

MCC decisions concerning safety should be implemented by drug companies even if they have appealed them.

Although the MCC has many failings, when it does make decisions that adhere to the Medicines Act, that are in the public interest and are based on the quality, safety and efficacy of medicines companies should not be able to use the appeal process to delay implementing MCC decisions.

In recent years a number of appeals have been lodged. A noticeable one in 2010 was the decision of the MCC to suspend the marketing of Simply Slim – a weight loss remedy which had been found to contain a schedule 5 medicine, sibutramine. Simply Slim appealed, and then reintroduced its product in a “new” formulation before the appeal was finalised. The results of the appeal have not been made public. This is one of the problems of the appeal process – if the company does not make the findings public, citizens may never get to know what the result was.

It’s interesting that Section 24 of the Medicines Act states that “[a]ny person aggrieved by a decision of the council may . . . appeal against such decision.” This means that any citizen who is in any way “aggrieved” can appeal. Unfortunately, most citizens will not know of decisions made by the MCC that they might find grievous or objectionable because the Medicines Act contains a secrecy clause. Section 34 “Preservation of secrecy” states that “[n]o person shall (with certain legal exceptions) . . . disclose to any other person any information acquired by him (sic) in the . . . performance of his functions under this Act.” So by the time a person finds out about a decision which may aggrieve “him”, the time limitations may well have expired. It is high time that this clause of the Act is reconsidered.

On August 14, 2009, according to the Health Products Association of South Africa, the MCC rescinded the 2002 complementary medicines call up. This resolution was not implemented while appropriate information was being determined on what to tell the myriad companies and what the implications would be. However, in the meantime some lawyers managed to find out the information (legitimately) and lodged an appeal. This appeal has meant that 155,000 products remain on the market that have never been checked for quality (what they contain), safety or efficacy (do they work as claimed?).

This is a major public health risk. No information has been made available about the progress of this appeal – but it does seem that the time lines would have expired. One important bit of information however is that, according to the Minister of Health, none of these products will be given automatic registration status when the new South African Health Products Regulatory Authority takes over from the MCC.

The most recent example of an appeal is related to the MCC’s decision to cancel the registration of painkillers containing a potentially dangerous substance called dextropropoxyphene. The manufacturers and distributors were given 3 months to take the products out of circulation. But one of the companies, Adcock Ingram, has announced that it is appealing this decision. Not only that, they have apparently unilaterally repackaged their products containing this substance, added safety information for health professionals and put warnings on the packaging for consumers.

In other words, even Adcock Ingram recognises that there could be problems with their products, but are not prepared to accept the MCC’s decision. Changing the information on the package insert requires approval by the MCC (usually via its pharmacovigilance and clinical committees). If the MCC has decided that the medicine should be withdrawn, how could they at the same time have approved a change in the package insert?

Adcock Ingram makes a huge profit from these medicines and it seems that even if the harm to patients is only "possible", they would be prepared to take the risk of harming patients and continue selling their products containing dextropropoxyphene.

In New Zealand, the regulatory authorities decided to remove these products from the market because of the safety factors and after a review of the prescriptions doctors were writing. They considered whether or not the prescriptions were logical, were being adhered to, or whether safer options could have been prescribed. We have not had such a review in South Africa. South African doctors are also particularly bad at recognising and reporting adverse drug reactions, so Adcock Ingram’s stated reasoning that no reports of adverse drug reactions were recorded, is not acceptable. The risks remain, and patients should not be exposed to these risks.

As the French organisation Prescrire, which works to ensure medicines’ safety and regulatory bodies’ accountability, has written:

[Registering] drugs with unfavourable harm-benefit balances and not suspending marketing authorisations when a drug is suspected of posing a serious threat, are in themselves acts of serious maladministration. Pharmaceutical companies benefit, at the expense of the patients who remain exposed to these risks.

In other words, the MCC has acted responsibly in the patients’ best interests, but the company has not. In fact the company has benefited enormously at the expense of patients over many years.

What are the concerns with dextropropoxyphene?

This extract from a European Medicines Agency report on the findings of the Committee for Medicinal Products for Human Use (CHMP) summarises the concerns with dextropropoxyphene.

Data assessed by the Committee highlighted that many of the cases of fatal overdoses seen have been accidental. Quite often, the patients had taken medicines prescribed for someone else. The CHMP also concluded that data from several Member States, specifically those from forensic centres and national mortality statistics, showed a significant number of deaths associated with overdose in patients taking dextropropoxyphene. Proposed activities to reduce this risk, such as including further warnings or restrictions, or limiting the size of packs, were not considered to be adequate to protect public health.

Based on evaluation of the currently available data and the scientific discussion within the Committee, the CHMP concluded that the benefits of all medicines containing dextropropoxyphene, either on its own or in combination, do not outweigh their risks. Therefore, the Committee recommended that the marketing authorisations for these medicines be withdrawn across the EU.

Excellent article, thank you. It seems that the law enforcement unit of the MCC acts only in specific, high profile cases - cf the seizure of Rath's vitamins at Cape Town airport in 2009. Our pharmacies' shelves are heaving under the weight of clinically unproven 'remedies'.

If I recall correctly, the seizure of Rath's vitamins was by Port Health, not the Law Enforcement Unit.

Then, disgracefully, the Director-General of Health at the time, Thami Mseleku, ordered Rath's vitamins to be released. We have at least moved on from such blatant disregard for the law.

But this adds further weight to Rebecca's point that the DOH/MCC are unable to enforce their decisions.

In my view --and I'm not a lawyer so take lightly-- Adcock is legally required to adhere to the MCC ruling including during the appeal process. Public safety surely cannot be put at risk by the financial needs of a corporation?

Being involved in rehabilitation of patients after orthopedic replacement surgery, the frequency of scripts for DPP containing products has completely dried up, and they are currently not used at all at our facility.