The Arms Deal and AIDS pseudoscience

Unanswered questions about the relationships between BAE, Fana Hlongwane and HIVEX

HIVEX is a company that promotes a Russian device that it claims "uses electro magnetism to target specific proteins in the HIV virus with the aim of disabling the virus and rendering it ineffective, so that cells stop dying and the immune system can regenerate." They make their claims on various websites, including a company Facebook page. They were also featured earlier this year in a TimesLive video puff piece, but that was taken down after the Treatment Action Campaign (TAC) complained to the editor that the journalist who ran the story had obviously been duped. 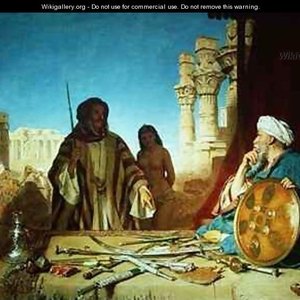 According to the HIVEX blog, the company has tried this untested, unapproved and dubious treatment on disabled children.

Marcus Low, on behalf of TAC, lodged a complaint with the Advertising Standards Authority (ASA) against the company's claims on its website. HIVEX responded by telling the ASA that it had suspended its website "to ensure compliance and avoid any misunderstanding." The ASA accepted that as a withdrawal of the advertisement. Indeed, the HIVEX website has been blocked from public access. However, HIVEX still promotes their device on their blog and Facebook page, as well as on the website of an organisation called Life Stride. The latter appears to be a British charity and collects donations for HIVEX. Life Stride claims to have "sponsored the treatment of a small group of volunteers with the HIVEX Treatment, and the filming of that treatment."

HIVEX's Facebook page states that their treatment is "a radical electro-magnetic treatment which is highly sophisticated yet which could bring relief to the poorest communities in Africa and elsewhere where medicines are difficult to obtain. It has been accepted as safe and effective and recommended for approval in South Africa, but despite that recommendation, it has been stuck for some years. We are working to change that."

I know of no reputable organisation that has accepted the HIVEX device as "safe and effective".

Shockingly, the HIVEX blog states this in a 2010 entry:

Over the past two weeks we have treated six children from the Ningizimu Special School for disabled children in Durban. Most of the children have learning difficulties.

So this untested, unapproved and dubious treatment is being tried out on disabled children?

Besides promoting an untested AIDS treatment, HIVEX has also been implicated in the multi-billion rand arms deal scandal. Fana Hlongwane is the notorious former defence ministry advisor who has been a central figure in the arms deal. He is currently in the headlines because evidence has surfaced that British arms manufacturer BAE channelled R24 million to him. Hlongwane was a director of HIVEX until at least 2005.

Government has attempted to justify the arms deal by pointing to investments in South Africa by the suppliers to offset the deal's massive cost. Way back in 2003, the Mail & Guardian reported:

In the strangest spin-off yet from South Africa's arms deal, BAE Systems has pumped R24-million into Hivex, a KwaZulu-Natal company formed in 2000 to develop and market the Russian technology. The machine is supposed to use electromagnetic radiation to damage the ability of the HI virus to attack the CD4 blood cells that are crucial to the body's immune system. But scientists have raised serious doubts about the likely efficacy of the radiation treatment, with respected international Aids researcher Slim Abdool-Karim dismissing the idea as unworkable.

The journal, AIDS Patient Care and STDs reported in 2003 that HIVEX was starting a clinical trial. BAE was contributing $3 million to the trial. I cannot find any record of this trial in any journal or on clinicaltrials.gov. If it took place, it has not been reported and it would be very surprising if it ever received appropriate ethical approval.

The 2003 Mail & Guardian article also revealed that the dean of the University of Kwazulu-Natal medical school at the time, Barry Kistnasamy, was involved with HIVEX:

Hivex pays for 20% of Kistnasamy's time, which has raised concerns about "cheque-book science". Kistnasamy has no HIV/Aids expertise and has done almost no published research of any kind. Hivex is also paying other members of the medical school for their time on this project. Questions to BAE and Hivex about who brought them together went unanswered.

A search on Kistnasamy's name in the Public Library of Medicine shows up six articles. He was the first author of only one and that was in 1990. None of these papers contributed to HIV science.

Another person involved with HIVEX was Nhlanhla Gasa. The 2003 Mail & Guardian report stated:

Nhlanhla Gasa, who is listed as a Hivex director, denied any knowledge of the company, though co-director Brent Buxton confirmed his involvement. Gasa is a prominent businessman with directorships in at least one company, Vulindlela, which has been linked to ANC interests through Durban's Point Waterfront development.

All of the above is in the public domain. A more thorough search than the one I have done would likely uncover more interesting links between HIVEX and others involved in the arms deal. This was happening during the period of state-supported AIDS denialism. It is all very suspicious and a proper investigation of the arms deal surely must look into the relationships between HIVEX, Hlongwane and BAE.

There are several reasons to be sceptical that the HIVEX machine is capable of doing anything useful against HIV. How would this device work? Let's make an assumption for a moment that an electromagnetic pulse could be found that specifically breaks apart a critical chemical bond in an HIV protein, destroying the protein and thereby HIV itself. It would have to be an incredibly sophisticated pulse to destroy only the proteins of the billions of HIV virions throughout the body yet still leave the human body's own proteins unharmed. While complex chemicals can do this, for example antiretrovirals in the case of HIV (and they do so imperfectly), it is unclear how an electromagnetic pulse could achieve the same effect.

Nevertheless, science is wondrous and we have many strange and brilliant technologies that were once thought implausible. But the problem for HIVEX is that scientific and technological progress of this magnitude does not materialise out of nothing. It usually requires years of painstaking research by multiple institutions. There should be a record of published papers showing the technology's development. There is no such record for the HIVEX device. There is one published paper on it that I found in the Public Library of Medicine. It's by Kistnasamy (he's the second author) and it deals with fertility in rats. It's absolutely irrelevant to HIV.

HIVEX does not divulge any useful information about their device. The company is very secretive. That too is not how scientific medicine development works. A device like this should have been through a series of preliminary trials, with published data, before it got tested on its first HIV patient. A public record of such research does not exist.

But even if by some amazing piece of undisclosed brilliance, the HIVEX device is indeed an effective HIV treatment, it is unethical for HIVEX to promote the device before there is publicly available proof that it works.

Thanks to Paul Holden and Harris Steinman for pointing me to sources used in this article.

Thanks for this revealing information Nathan.

I'd like to add that the 2003 amendment of the Medicines Act makes provision for the registration of "medical devices" by the Medicines Control Council (MCC). It would be interesting to know if any application to register this device was made to the MCC. (Could it be referred to as a quack device in the meantime?)

Apart from the ethics clearance needed for any clinical trial as you mentioned, the company would also have had to obtain MCC approval to conduct studies using the device (in South Africa).

Perhaps the Registrar of the MCC or its Chairperson would have this information?

As a device is it covered by the current Medicines Act? I know the amended but not yet in force Act covers devices, but does the MCC have jurisdiction over the HIVEX device, even for a clinical trial, under the Act currently governing them?

The current Medicines Act (May 2003) does include medical devices and the MCC does have jurisdiction over them.

I know that MCC was / has been grappling with the issue of medical devices for years and the former Vice-Chair of MCC, Prof Tshimbi Mathivha was dealing with them. I do not know what has happened since her untimely death.