The case of the Solal survey

When evaluating survey data the devil is always in the detail. In a recent case the Advertising Standards Authority (ASA) allowed Solal Technologies to keep crucial survey details secret. This decision deprived the complainant, Marcus Low, from an opportunity to interrogate spurious survey findings. 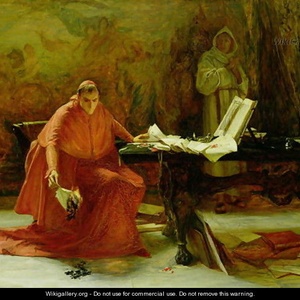 Confidentiality in this case is ill-advised.

At the outset it is worth emphasising that the ASA predominantly does good and important work. They are under-resourced, swamped by complaints, under consistent public scrutiny, and are being taken to court by a supplement company. Yet, they mostly still deliver sensible rulings. This article is about the exception to the rule.

Matters before the Advertising Standards Authority (ASA) often hinge on whether or not companies can provide evidence to support their advertising claims. If you claim that your patented concoction can reduce consumers' risk of heart disease, you need to present substantiation (evidence) proving that is indeed the case.

On June 29 last year the ASA ruled, in response to my complaint, that Solal's advertising pay-off line "prescribed by doctors, recommended by pharmacists" was unsubstantiated. At the time Solal simply did not present the ASA with any evidence in support of this claim.

In cases where claims are found to be unsubstantiated, the ASA allows companies to present new substantiation when it becomes available. Accordingly, Solal commissioned a market research company called Catalyst to do a survey and presented the new substantiation from this survey to the ASA.

Crucially though, Solal requested confidentiality for the new survey details – which the ASA granted. This means that I never had the opportunity to respond to the new survey by Catalyst, even though I was the complainant. All I have seen of the survey is a very short executive summery. In my response to the ASA I argued that I could not respond to the new substantiation without actually being given the details of the survey.

The ASA ignored this line of argument and ruled on the matter on 3 April without letting me see or respond to the survey details. Based on the same survey they found the claim "prescribed by doctors, recommended by pharmacists" to be substantiated.

Why the decision on confidentiality was wrong

The ASA did send me a brief summary of the survey that was devoid of all the crucial survey details. In fact, the few scraps of information that were included in the summary raised red flags about the survey and its methodology which I then raised with the ASA.

In any case, here are some key reasons why confidentiality in this case is ill-advised:

It is also interesting that if the survey was truly independent, the case for confidentiality on commercial grounds would be very weak. If the survey convincingly showed that a significant number of randomly selected doctors responding to a high quality questionnaire agreed that they prescribed Solal’s products, then making the survey data available could only benefit Solal, unless of course there is something wrong with the survey.

Finally, some of the language used in the survey summary is worrying, especially given that the summary emanates from a SAMRA accredited entity.

For example, the summary states that the claim in question is "unequivocally true". That is very strange language for this kind of survey. Surveys have margins of error but the market research company did not include these figures in the summary.

Of course, none of the above means that the survey findings are necessarily nonsense. However, it raises such serious concerns about the survey that the granting of confidentiality doesn’t seem to make any sense. I and other members of the public should have the opportunity to scrutinise the survey.

Remarkably, even as the complainant in this matter I was never given answers to simple questions like:

If you have any ideas on why details such as these warrant confidentiality (allowing of course for anonymity), I’d be interested to read your views in the comments section of this article.

Good article - thanks Marcus.
It is sad that Solal are hiding behind 'confidentiality' here. It does nothing to enhance the belief that this is an open and honest evaluation of the claim. It merely suggests they have something to hide.

Once of the hardest, but most virtuous, things in the scientific method is to be scrupulously open and honest about methodologies. That's why, despite the initial hype, we no longer have claims of FTL neutrinos or cold-fusion.

One of the most common behaviours of pseudoscience is to hide from the light. Shame on Solal.