The most prolific claim of alternative medicine products must surely be that they boost the immune system. I have a collection of products purchased from Discom making this claim. You'll find immune boosters in almost any pharmacy including, or perhaps especially, the large retail chains. Even big pharmaceutical companies like Boehringer Ingelheim and Cipla sell immune boosters. But what is an immune booster? And do these products really improve your immunity against disease? 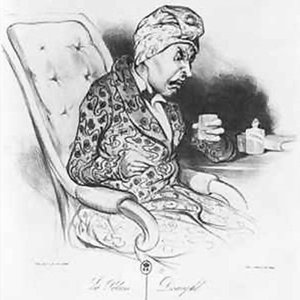 The immune system is a highly complex non-linear group of interacting systems.

Ordinarily, the claim that a product boosts the immune system is quite benign. Quackery yes, but not so awful as to deserve an article on Quackdown. But in the context of the HIV epidemic, it is not a benign claim. It is a subtle way of saying that the product benefits HIV-positive people. During the period of state-supported AIDS denialism under the Mbeki government, Minister Manto Tshabalala-Msimang and her coterie of fellow denialists promoted the alleged immune boosting properties of African potato, beetroot and garlic. Products like Secomet and Africa's Solution offered people an alternative to antiretroviral treatment. A large billboard in Khayelitsha featuring actress Joyce Skefu advertised Aloe4U to boost your immune system – naturally. Unfortunately, even in the post-Manto era, this kind of advertising has not disappeared.

The immune system in a nutshell

Your immune system is exquisitely complex and consists of multiple interacting sub-systems and thousands of different cells and enzymes. Along with the mammalian brain, immune systems are arguably the most complicated things in the known universe.

For a germ to invade your body successfully, it must first enter it. Skin, tears, coughing, sneezing and mucous are some of the more visible ways in which your body prevents this. But if a germ does penetrate the body, a fantastic array of weapons are launched against it.

Phagocyte cells attack foreign organisms and destroy them with a plethora of different chemical weapons. There are elaborate mechanisms for differentiating foreign germs from the body's own proteins and cells so that phagocytes don't kill your own healthy cells. (Occasionally this goes wrong and people get autoimmune diseases.) The body has also evolved a system called complement which is responsible for launching a cascade of many different kinds of enzymes to bring phagocytes to the location of an infection.

The immune system also learns how to protect you against viruses and bacteria. An essential part of this sub-system is the humoral immune system. It is responsible for producing antibodies. These are proteins that develop in response to germs when they infect you the first time, or when you get vaccinated. When you get infected subsequently, the germs are destroyed, often without you even becoming ill. Essential to the co-ordination of this are a dazzling variety of cells called T lymphocytes, the most famous of which –thanks to the AIDS epidemic-- are the ones which contain a receptor called CD4.

That's not even a fraction of the story. But you'll have to read a book on immunology to learn more. There's also a lot that scientists still do not know about the immune system.

Interleukin-2: the best tested immune booster for AIDS – and it failed

So when a product claims to boost the immune system it is claiming to improve the functioning of this highly non-linear group of systems, which we do not fully understand yet. That's a bold claim. How do these companies even test such a claim?

Interleukin-2 (IL-2) is a molecule produced naturally by your body's immune system. Yes, it's natural! (That's another claim used to bolster many immune boosters.) Scientists realised that IL-2 could increase the number of CD4 cells. These are the cells that HIV destroys, ultimately leading to AIDS. There was therefore great hope that IL-2 would become the first approved immune booster for treating HIV. Two large randomised controlled trials, named ESPRIT and SILCAAT, were run involving over 4,000 HIV-positive volunteers from 25 countries. Several variations on how IL-2 was administered were tried.

And IL-2 did indeed increase CD4 counts, by a massive 160 cells per cubic millimetre on average in the ESPRIT study and about 60 in SILCAAT compared to the control group volunteers who did not use IL-2. Healthy CD4 counts range from 500 to 1500 cells per cubic millimetre. AIDS is defined as a CD4 count less than 200. So these increases were a big deal. Hundreds of studies over the last 30 years have shown an unequivocal link between decline in CD4 count and AIDS illnesses in people with HIV. Yet the amazing thing about these two studies is that there was no difference in clinical outcomes (i.e. illness or death) between the IL-2 volunteers and the controls. In fact, the IL-2 volunteers progressed to AIDS and death at the same rate that you would expect if they did not have those additional CD4 cells. IL-2 also caused some nasty side-effects. The conclusion from the trials was that the extra CD4 cells that patients gained from IL-2 were not functional against HIV. (The trials were ethically conducted and, of course, all volunteers received antiretrovirals when indicated.)

I was at the meeting when the results were presented. There was a collective gloom in the room. Some of the scientists there had invested a good deal of their productive lives working on IL-2. One prominent AIDS activist who lives with the disease and has had to deal for decades with antiretroviral side effects was visibly and audibly upset. But science is merciless. Sadly, that was the end of IL-2 as an immune boosting treatment for AIDS. It did not work.

This example shows beautifully how complex immune boosting is and how we cannot conclude any immune booster product is useful until it has been thoroughly tested. IL-2 measurably boosted a critical component of the immune system. Yet it did not benefit patients.

I doubt any alleged immune booster we see advertised in South Africa has been tested nearly as well as IL-2. In contrast to IL-2 none have been shown to measurably increase the activity of a component of the immune system.

Antiretrovirals, incidentally, are not immune boosters. They act directly against HIV itself. To date, they remain the only effective means of preventing AIDS in people with HIV.

So next time you see an immune boosting product advertised, raise your eyebrows, roll your eyes and save your money.

The "immune boosters" that are sold can only boost the immune system overall, and since it is already in overdrive due to HIV they risk not only not helping, but making matters worse. Scientists are working to try and develop more selective agents: some that can calm down the overactive parts of the immune system (immune-suppressing rather than immune-boosting), and others than can boost the depleted responses that need boosting (such as those targeting TB). None of the "immune-boosters" currently on the market can be selective in this way.

Thank you to Richard Jefferys for reviewing this article and supplying the full text of the highlighted section on HIV and immune activation.

Thanks Nathan, There are numerous adverts that claim to 'boost your immunde system' - which has seemed a fairly nebulous statement and one I haven't really bothered complaining about before. The Echinacea ads from SANP come to mind ...

This clarifies it a bit more for me. It is definitely worth trying to stop this bit of quackery too.

Great post. I agree that most of these products are benign, but the fact that they make a profit does point to a very gullible customer base. Sort of how Verimark can keep selling weight loss products. Wish we had a better consumer watchdog system to vet products before they where allowed on market.

Thanks Nathan. Your statement – “in the context of the HIV epidemic, [immune boosting] is not a benign claim. It is a subtle way of saying that the product benefits HIV-positive people” – can be clearly illustrated as follows:

The product contains 20 active ingredients. Under the headings “pharmacological actions” and “indications” the following claims are made:

•“enhances the function of macrophages and phagocytes”.

All these claims mean that, by legal definition, the product is a medicine.

Similar claims are made on the product's label (accessed from the URL above).

These claims all point directly and unequivocally to HIV/AIDS. There is no other condition where “viral load” is commonly referred to. Reverse transcriptase inhibitors and protease inhibitors are the class names of some antiretrovirals used in Highly Active Antiretroviral Therapy (HAART) or antiretroviral therapy (ART). Helper T cells is another name for CD4 cells used in monitoring the progress of HIV/AIDS and the patient's response to ART.

Of the active ingredients, N-acetyl-cysteine is the same substance that was included in one of Dr Rath’s products “VitaCell”. In the High Court Judgment against Dr Rath (Case No: 12156/05, Judgment delivered on 13 June 2008) it was stated that “[t]he MCC must still determine the correctness of [VitaCell’s] medicinal claims and whether the claims constitute a public health hazard.” The Judge also stated that for VitaCell and all the other products Dr Rath and his Foundation were promoting, they “must stop making claims about the medicinal effect of their products until their products in respect of which medicinal claims are made have been submitted to the MCC to review the efficacy, quality and safety of those claims.” In other words the Judge ordered that the medicinal claims had to be reviewed (and approved) by the MCC before they could be advertised. Why should the same conditions not apply to the claims being made here? Why should the MCC not have to determine the correctness of Immunity(TM)’s medicinal claims and whether the claims constitute a public health hazard?

Immunity(TM)’s claims fit squarely into the “untested and implausible” category of Quackbase. However they could also be considered “possibly harmful” to people who are infected with HIV. It is my honest view that the company has a moral obligation to not mislead people who are suffering from HIV/AIDS with its claims for this product.