The health-care choices of Steve Jobs and Winstone Zulu

Winstone Zulu died last week. He was an outspoken AIDS activist and possibly the first Zambian to live openly with HIV. 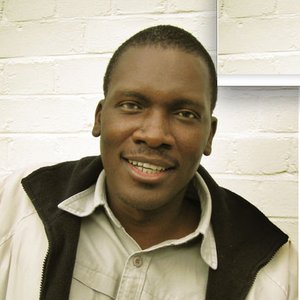 My first contact with him was when he sent an email to a list in the early 2000s expressing doubt about the etiology of AIDS. His doubts almost killed him. In 2002 he spoke at a conference titled "Treat the People" hosted by the Treatment Action Campaign and the Congress of South African Trade Unions. His story is best described in his own poignant words:

I’m a person living with HIV, I’ve been living with HIV for the last 12 years, since 1997 I was on antiretrovirals. Until one of the greatest people that I respect very much, one of my heroes Thabo Mbeki made me start doubting, well he didn’t make me start doubting. I’ve always wanted to be HIV negative and he sort of encouraged me to think in those lines. I decided to drop my drugs in the year 2000 and just wished HIV away. And it was kind of very stupid for someone to do but I think you will understand if you are living with HIV and you really want to live, say up to the age of Madiba and someone comes and say HIV has nothing to do with AIDS. It’s very attractive and I got very attracted and decided to start denying that HIV caused AIDS. And that denial has been very costly to me and I’m very lucky to be alive now at least on a wheelchair because some of the people, I was with in the panel, I’m a member of President Mbeki's Presidential Panel, some of them are dead now. I think about three people, we were together, are dead. And my CD4 count plummeted from 500 when I stopped taking the medications to 36 in February this year, until I restarted and I’m able to stand now and speak to you.

What does a Zambian man with AIDS have in common with Steve Jobs?

Well according to several stories that have been posted on the Internet when Jobs was diagnosed with pancreatic cancer in 2003, he pursued an alternative treatment diet and eschewed medical advice. The details are sketchy and much of what has been written has been questionable.

Zulu and Jobs apparently both made risky health choices. We don't know what if any consequences there were for Jobs's health, but in Zulu's case it nearly killed him. It is easy to be smug and to judge them for those choices, but it is wrong to do so.

In 2005, my friend Ronald Louw, an excellent legal scholar who was dean of Law at the University of Kwazulu-Natal, died of AIDS. When he fell ill, none of us, not even Ronald, knew he had HIV. Ronald had been the treasurer of TAC in Durban. Zackie Achmat and I frequently sought his advice because his ceaseless common sense often moderated our extremes. He was also knowledgeable about HIV and AIDS. Yet Ronald, faced with the early symptoms of AIDS and having been at high risk of contracting the disease, never got tested until he had a double-digit CD4 count and a deadly lung infection, probably TB. While lying dying in hospital he said that if he recovered he would go on a speaking tour to tell people to get tested for HIV. Sadly, the opportunity never came. Despite his knowledge about HIV, the internal stigma and denial was too much for Ronald and he found out about his status far too late.

One of the widely asked questions following Jobs's death is why did such an intelligent man pursue a quack treatment option? The answer is simple: intelligence is not a guarantor of sensible health-seeking behaviour. When faced with the prospect of declining health, or worse, impending death --the end of existence-- it is extraordinarily difficult to make decisions that are rational. The temptation to deny what is happening, to find a quick fix, to ignore common sense, is enormous. When quacks provide information, absurd as it may be, the desire to believe them is immense.

In response to TAC's campaign, Manto Tshabalala-Msimang used to say that people have choices. Her message was that people with HIV could try the garlic and African potato concoctions that Tine van der Maas promoted (and still promotes!), Matthias Rath's vitamins, traditional remedies or antiretrovirals.

I agree that patients have the right to make their own choices, even if they are not in the best interests of their health. Steve Jobs and Winstone Zulu made choices about their health-care that they were entitled to make. Quackdown does not advocate for the end of patient choice. On the contrary we go to great trouble not to belittle patients who use quack remedies. They are the target of our influence but not our venom.

It is a very different matter however when it comes to the providers of quack remedies. And this was the great error in Tshabalala-Msimang's response to TAC and her failing as Minister of Health. Providers of remedies do not have a choice to say what they like about their products; they have a duty to inform patients based on the best available evidence. Companies like Christ Embassy, Solal, HIVEX and patrickholford.com consistently misrepresent evidence and make hyperbolic and false claims. That is quackery; not choice. That is about taking advantage of vulnerable people who are faced with difficult choices and need to make them based on accurate information not the whims of salespeople. In this regard, orthodox pharmaceutical companies are also far from blameless, as the rofecoxib (Vioxx) scandal or the continuing sale by South African drug companies of dextropropoxyphene-containing products shows.

The deadly consequences of quackery were evident again this week when the BBC reported that at least three women have died in London because they had been convinced to stop their antiretroviral medication by their church.

Winstone Zulu survived his encounter with AIDS denialism. He went back onto treatment and his health gradually improved. His friends and family as well as AIDS and TB activists benefited by having his presence for almost another decade. His passing is sad and premature. But in that time he dealt a hard blow against the AIDS denialism of Thabo Mbeki and Manto Tshabalala-Msimang. His speech quoted above was one of the important moments in the struggle that led to well over one million people receiving antiretroviral treatment in the South African public health system.

I have never owned a Steve Jobs product, as beautiful as they are. And as you can tell from the footer on the Quackdown site, I don't share Apple's proprietary views on software. I do however think he made one of the most profound comments on death that I have read. It comes from his famous speech to Stanford University students:

No one wants to die. Even people who want to go to heaven don't want to die to get there. And yet death is the destination we all share. No one has ever escaped it. And that is as it should be, because Death is very likely the single best invention of Life. It's Life's change agent. It clears out the old to make way for the new. Right now the new is you, but someday not too long from now, you will gradually become the old and be cleared away. Sorry to be so dramatic, but it's quite true.

Much informative and useful article… I like it personally…
My blog is [HTML_REMOVED]Family vacation destinations[HTML_REMOVED].