The debate continues about the failure of private medical schemes to cover the cost of Hepatitis B and C treatment. public sector patients can access these treatments. 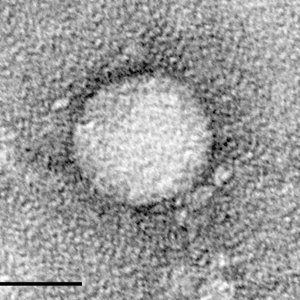 On 3 October we published a piece by Mark Sonderup, Wendy Spearman and Nathan Geffen titled When the private sector falls short. It originally appeared in Business Day.

Jason Urbach, an economist with the Health Policy Unit, a division of the Free Market Foundation responded to our article. We copy it below. We are clearly arguing from very different premises about the role of the state and the private sector, which is a debate far beyond the scope of Quackdown. Nevertheless, there are several problems with Urbach's article which Mark Sonderup has succinctly summarised below.

Critics of private health care in SA argue that the private sector does not do enough, that it dumps patients on the public sector and is only interested in “money first”. Sonderup, Spearman and Geffen recently argued in the Business Day article, When the private sector falls short, 3 Oct. 2011, that medical schemes are evil because they “do not cover the treatment of many diseases causing many patients to fall into the void between the public and private sectors”. That “it is then ironic that treatments for chronic viral hepatitis are available in the public sector, but access in the private sector is more difficult where chronic viral hepatitis is not a prescribed minimum benefit (PMB)”. However, just because a condition is not a PMB, does not mean medical aids do not cover it. In fact, any legitimate treatment will be covered subject to the rules of the scheme. The only difference is that, if the condition is not a PMB, the scheme is not obliged to pay the doctors in full regardless of what they charge for their services.

Sonderup, Spearman and Geffen then suggest that “The Council for Medical Schemes must take steps to ensure that treatment for chronic viral hepatitis becomes a PMB”. The fact that two of the critics in this case happen to be hepatologists and are arguing that chronic viral hepatitis should be covered as a PMB is equally ironic. They are surely arguing in their own self-interest and wish to have viral hepatitis declared a PMB to enhance their own incomes. It is government that determines which conditions are included in the list of PMBs, not medical schemes, and certainly no one individual scheme. And herein lies an important point. When benefits are determined politically rather than by medical schemes responding to what individuals want, the benefit packages expand and their costs increase. The consequence is that low cost medical schemes that cover the basic needs of low-income people can no longer be efficiently designed and the unfortunate low income earners are denied cover. It is then that they are driven into “the void between the public and private sector”.

Medical schemes are not charities; they are obliged by economic realities and the interests of the members of their schemes to take great care in managing available resources. If scheme managers were to recklessly pay claims that are not included in the agreements with scheme members they would be guilty of dereliction of duty and would threaten the solvency and continued existence of the schemes they are managing. They have to stick to the rules and ensure that they do not bankrupt the schemes.

Eminent economists have declared that because people’s health, or lack of it, lies largely and increasingly within their own - and earlier their parents' - control, many, if not most health risks are actually uninsurable. Risk pooling and intense actuarial and managerial effort is employed in an attempt to overcome the innate problems that are consequently bound to face private medical scheme managers. Theirs is an almost impossible task and regulatory interventions make their task even more difficult, very often to the detriment of the majority of medical scheme members.

Sonderup wrote the following in an email to Urbach (slightly edited):