How a quack HIV cure is endangering a lizard species

Catherine Tomlinson explains how AIDS quackery is reducing the numbers of a Malaysian lizard. 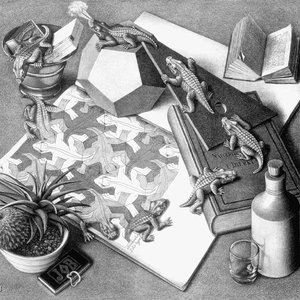 Earlier this year, I published an article on Quackdown about the alarming and increasing rates of rhinoceros poaching, fueled by false beliefs that rhino horn has medicinal properties that can be used to treat or cure cancer.

When the article was published in June, 181 rhinos in South Africa had already been killed for their horns during this year. Today that has risen to over 380, more than one rhino per day. While South Africa struggles to curb the surge in rhino poaching, in October 2011 the World Wildlife Foundation confirmed the extinction of the last Javan rhino in Vietnam. Fewer than 50 still live in the wild elsewhere. They were being wiped out by illegal poaching driven by demand for their horns.

While increasingly at risk, rhinos are not the only animal threatened by harmful rumours of healing properties contained in the body parts of certain animals. A massive spike in the illegal trade of tokay geckos has been identified, linked to a rumour that consuming the gecko is a cure for HIV.

The tokay gecko is a ruler length lizard, sporting brightly coloured, decorative dots across its body. Like the African chameleon, the Asian native can lighten or darken its spots to blend into its surroundings. The geckos are known for their loud call sounding out "TO-kay" and their ability to cling to almost any surface including glass. On average a tokay gecko will live between 10 and 20 years. 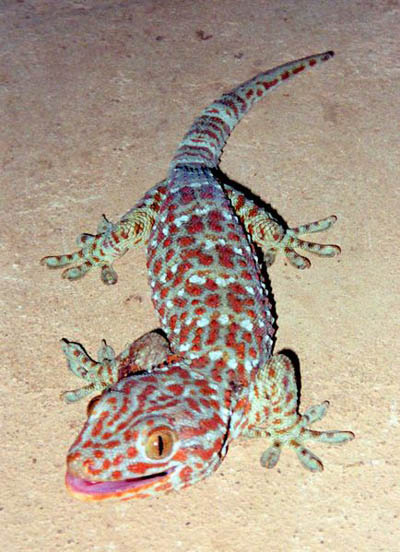 In October 2011 TRAFFIC – the wildlife trade monitoring network – reported an alarming rise in illegal trade of geckos, warning that "if the trade continues to mushroom, it could take years to repair the damage currently being inflicted on gecko populations."

The report linked false rumours that the gecko could be used to cure HIV to its rise in commercial value and therefore trade, identifying Malaysia as the central hub for import from suppliers across Asia and export to consumers. According to a Malaysian News Report, 300 grams of gecko can fetch between 64 and 90 thousand South African Rands (8 to 11.25 thousand US dollars).

There is no scientific evidence to support the claim that the gecko can treat or cure HIV. It is unclear where the rumours that the gecko could cure HIV started, but it is reported that they spiraled into folklore through online blogs, classifieds and advertising, particularly in Malaysia.

The tokay gecko, the rhino and many other animals have fallen victim to the false claims and profiteering of quacks. Quack remedies involving animal body parts can be disastrous for the species. The demand created by these false claims leads to a hike in the price of the body parts, which creates incentives for illegal hunting and trade.

Here are examples of some quack adverts for the tokay gecko: 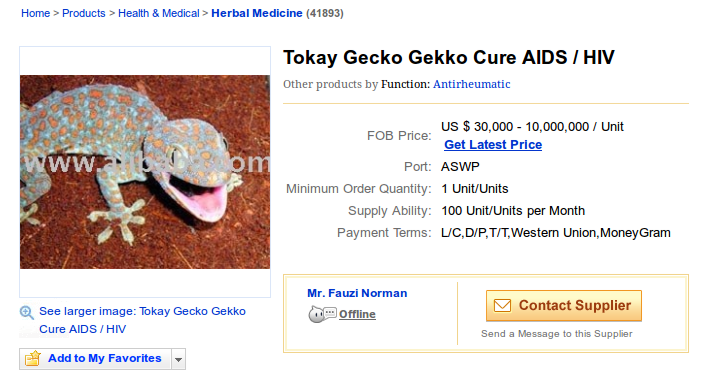