This excellent article in New Scientist describes how the psychiatric profession in the United States, fuelled by the pharmaceutical industry, is prescribing drugs for conditions that are likely not real diseases, but just variations on normal. 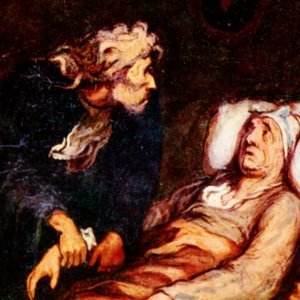 This article shouldn't be read as a polemic against psychiatry. There are a lot of unhappy and damaged people out there whose symptoms manifest themselves in odd ways. I get irritated by critics who seem to think that because psychiatry has elements of irrationality, there is essentially no such thing as mental illness. There is. Childhood bipolar, however, seems to me an example of things having gone palpably wrong.

Also worth reading on the same subject is Marcia Angell, former editor of the New England Journal of Medicine. I don't necessarily agree with all she says on this topic, but she is interesting and thought-provoking.

The Treatment Action Campaign TAC has been at the forefront in South Africa of campaigning for medicines to be made available to people, especially poor people. Nevertheless, it is important that the organisation does not overstep the mark and encourage senseless pill-popping. We have to find the right balance between promoting access to medicines that reduce mortality and morbidity and relieve pain versus discouraging the use of medicines that are unnecessary or inferior. It's not an easy exercise and the pharmaceutical industry doesn't help.