In this article, which is quite technical but nevertheless an important read, Professor Roy Jobson of Rhodes University's Faculty of Pharmacy's Pharmacology Division explains that we should consider using the current advertising code for pet food as a guide to improving the code for complementary medicines. 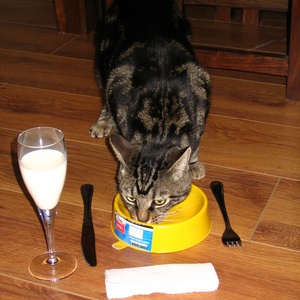 Recently Gail Schimmel stated that she hoped 2013 is the year that the Health Products Association (HPA) finally manages to push through its Code of Marketing for Complementary Medicines as part of the Advertising Standards Authority (ASA) Code of Advertising Practice. Schimmel used to work for the Advertising Standards Authority. She now consults to the advertising industry. She makes the allegation that that the HPA's code has been rejected when other weakly drafted codes have been merrily inserted into the ASA's Code. She thinks "that the ASA is being influenced by certain strongly opinionated complainants" and challenges the ASA to prove its independence.

I am probably one of those complainants that Schimmel considers to be "strongly opinionated." Unfortunately I have no idea what the Complementary Medicines Code proposed by the HPA even looks like. I have heard that there is such a proposed code. I have also seen a letter from the previous Chairperson, the late Dr Alan Tomlinson, to the ASA decrying the ASA's increased rigour in assessing the "evidence" provided by experts. He wanted the ASA to return to a previous situation where if an expert stated that the claims were correct, then they were simply accepted as such. He was very concerned that the ASA (in my view taking the perspective of the reasonable consumer) was expecting substantiation that the whole product, as was being sold, could meet its advertising claims.

I do not know which "weakly drafted codes" Ms Schimmel is referring to. The original Code of Advertising Practice including Appendix A and Appendix F can be shown to have been approved by the Medicines Control Council in a document dating back to 1985. The pharmaceutical industry deliberated extensively on a revised Appendix A and put, in my view, undue pressure on the ASA to incorporate it last year.

But let's look at another Appendix: Appendix I: Pet Food Advertising. Shouldn't the regulation of advertising claims of complementary medicines be at least as stringent as, if not more than, pet food advertising claims?

I have chosen just two parts of Appendix I, modifying them to be applicable to complementary medicines to illustrate this. The changes I've made are in square brackets.

Clause 2 "Registration and substantiation" would read: All [complementary medicines] must be registered in terms of the [Medicines and Related Substances Act, 1965, as amended (Act 101 of 1965] (“the Act”).

Clause 2.1 All [complementary medicines] advertisements must be approved by the Registrar [of Medicines, or the Medicines Control Council (MCC)] empowered to do so in terms of the Act.

2.2 The Registrar [or MCC] must consider an application for the registration of a [complementary medicine] after investigating and enquiring whether the product so applied for is suitable and sufficiently effective for the purpose for which it is intended and that the claims made are not false and misleading. (emphases added)

2.3 The Registrar engages the services of technical advisors [or MCC] being persons or entities who are independent, credible and experts in the field[s] of [pharmaceutics, pharmacology, human medicines and complementary medicines, etc., as stipulated in the Act].

2.4 The technical advisors [or MCC] will advise the Registrar whether the claims are accurate, and if the Registrar, on the strength thereof, registers the product, the claims are substantiated within the meaning of Section II, Clause 4.1 of the Code.

Clause 2.2 is the crux of the matter. No such process is presently taking place for complementary medicines. Using the pet food approach would simplify life for manufacturers, consumers and the ASA. It would however mean more work for the already over-stretched Registrar of Medicines and the MCC. But it is anyway their statutory responsibility and duty.

When [complementary medicines] are purchased for testing purposes, the following procedure shall be used–

(1) Three identical sealed [products] are to be purchased at the same retail outlet. Check for Batch ID and/or Manufacturing Date and attempt to buy three [products] as close to each other as possible based on this information.

(2) The [products] must remain sealed, and be handed to a representative of the [complementary medicine industry or the Allied Health Professions Council], or transfer one [sealed product] direct[ly] to the designated laboratory for analysis, who will note the batch number or mark the [products] to identify same. If transferred to the laboratory directly then . . . the batch number [shall be noted] or [product shall be marked before being handed over.]

(3) The purchaser will complete and sign an affidavit before a commissioner of oaths as proof of purchase of the [complementary medicines] referred to above. The affidavit will be substantially similar to the specimen appended hereto as Annexure 1. [I have not included the affidavits or Annexures in this article - but they could well be used.]

(5) The [complementary medicine industry or the Allied Health Professions Council]representative will complete and sign an affidavit before a commissioner of oaths as proof of receipt of the [products] referred to above. The affidavit will be substantially similar to the specimen appended hereto as Annexure 2.

(7) Should the registration holder/owner of the [complementary medicine] so tested dispute any of the procedure or results, copies of the affidavits will be presented to him/her and s/he will be allowed to take a sample of the retained [product] or stipulate at which laboratory s/he would like it analysed.

This would mean officially involving the Allied Health Professions Council as an integral part of the Code of Advertising Practice, something that has, in my view, been missing to date.

Disclaimer: Professor Jobson writes in his personal capacity. His views are not necessarily a reflection of the views of his employer, Rhodes University; or necessarily the views of the Allied Health Professions Council of South Africa, of which he is a council member.