The problem with experts

The Advertising Standards Authority and A Vogel Protostan

The Advertising Standards Authority (ASA) is an excellent institution. Most of its rulings are sensible and usually issued efficiently. However, there are some loopholes in the advertising code that occasionally allow companies to continue making dubious claims. 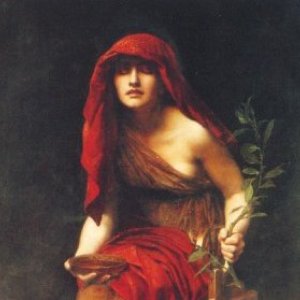 The Oracle of Delphi by John Collier. Source: Wikipedia

If you read South African newspapers you have probably come across advertisements by BioForce better known as A Vogel, after the company's Swiss founder Alfred Vogel. They regularly run large advertisements claiming that their products treat a range of illnesses. The Advertising Standards Authority has ordered the company to withdraw claims in past adverts. For example:

However, recently the company won an ASA dispute. In 2010, they ran an advert in the Weekend Argus and Sunday Times claiming:

“A. Vogel Prostasan may relieve your:
• Frequent urinating during the day and night
• Incomplete emptying of the bladder
• Urinary urgency
• Pushing and straining while urinating”

Sydney Kaye and Kevin Charleston lodged complaints against the advert with the ASA. As Charleston explained, these symptoms describe a condition called Benign Prostate Hypertrophy (BPH) or simply, an enlarged prostate. The ASA dismissed their complaints. Why? Because Dr Tjaart Fourie, the Chief Specialist and Head of Urology at the University of Kwazulu-Natal (UKZN) submitted testimony on behalf of A Vogel in which he wrote:

“In my opinion then based on the documentary evidence submitted and in current Urological and medical science, the following holds true:
a. The symptoms of BPH are accurately described.
b. The product A Vogel Prostasan in its recommended dosage is beneficial for the treatment of the symptoms of mild to moderate BPH.
c. The documentary evidence submitted to substantiate the article and the product are relevant, performed by credible researchers in accordance with accepted standards and publications were accepted by peer review journals and are credible.
d. The article in general is not misleading”.

The ASA accepted this as adequate substantiation of the advert's claims and dismissed the complaints.

I have no expertise in urology, so I asked one of my colleagues to contact Dr Fourie and ask him to explain the evidence that Protosan is effective for the treatment of BPH. Over several weeks, she phoned him at least nine times. She emailed him. She spoke to the secretary of the UKZN Urology Department. But Dr Fourie has not responded.

So I browsed the Internet. I learned that the active ingredient in Protosan is saw palmetto, an extract from an American berry called Serenoa repens. There are dozens of studies on this plant. A search of “saw palmetto BPH clinical trial” returned 56 entries in the Public Library of Medicine. Several of these studies, some of them published in reputable journals, do indeed find some evidence for saw palmetto's efficacy at alleviating the symptoms of BPH, but the evidence seemed mixed, confusing and unconvincing. The Natural Medicines Comprehensive Database describes it as possibly effective, but describes research findings as "confusing and inconsistent". So I checked the Cochrane Collaboration, which is the gold standard for analysing the evidence for a medical intervention.

There is a Cochrane review of the evidence for saw palmetto (or Serenoa repens) for BPH. It was last updated in 2007. It concludes:

At this time there have been relatively few high quality long-term randomized studies evaluating standardized preparations of (potentially) clinically relevant doses. Given the frequent use of Serenoa repens and the relatively low quality of existing evidence, a few more well designed, randomized, placebo-controlled studies that are adequately powered, use validated symptom-scale scores, have a placebo arm and a minimum follow up of one year, are needed to confirm, or deny, our new findings.

The medicine was no better than placebo at reducing symptoms, urine flow or prostate size. There was some benefit at reducing the need for night-time urination but when only higher quality trials were considered, this apparent benefit evaporated.

What should the ASA accept as expert evidence in complex cases like this where the evidence is in dispute?

The ASA's current methodology is to accept that an advert's claim is substantiated if it gets testimony from a person or institution "which is independent, credible, and an expert in the particular field to which the claims relate” (4.14 of Advertising Code). Often the ASA rejects testimony from experts because they are not independent. So in this very case, the ASA rejected an article by Andy Suter, because he is an employee of A Vogel. When the Treatment Action Campaign lodged a complaint against Matthias Rath several years ago, Rath put forward testimony from a researcher whose name appeared as a researcher for Rath on one of his adverts, so that was rejected.

The problem is that in a world where millions of people have medical degrees and PhDs it is not difficult to find someone out there who will verify your claim. I therefore worry that what is required to substantiate a medical claim in an advert is too little.

Ideally the ASA should be able to get an opinion on a medical claim from the MCC or one of its sub-committees. Unfortunately that institution is in poor shape and cannot be relied upon to take on any more work or to respond efficiently.

Perhaps then what is needed is for the ASA to establish a committee of experts, maybe made up of three retired medical researchers with no current ties to industry. In cases, where the ASA directorate determines that there is a genuine dispute of facts, it could ask this committee to examine the evidence and conclude whether or not a medical claim has been substantiated. The committee should be reimbursed for their time and the cost of this should be covered by the advertiser.

Very few cases should be referred to this committee. If the ASA detects that an expert witness is not independent, it should not bother referring. And if a complaint is frivolous, e.g. if some anti-science medicine person claims, for example, that an AIDS advert must be withdrawn because HIV does not exist, then the ASA should simply dismiss such claims without bothering the expert committee. Common sense should still prevail, as it usually does at the ASA.

But for cases like the advert for A Vogel's Protostan, where the evidence is unclear and difficult to evaluate the ASA should not solely depend on the testimony of a single expert supplied by the advertising company.

Excellent article. There are two additional points i would like to add:

Good piece, and agreed. Something akin to the Frye standard should be adopted. An expert committee might achieve an analogous outcome.

For readers who don't know what the Frye standard is, it is a test for the admissibility of scientific evidence named after a 1923 US court case.

Wikipedia has a nice entry.