Professor Nicoli Nattrass of the Centre for Social Science at the University of Cape Town has published a new book called The AIDS conspiracy: Science fights back. In this article for Quackdown, she explores some of the themes in her book: how AIDS denialism and quackery are symbiotic. She also explains how AIDS denialism is facilitated by an organised movement that brings together people who share a conspiratorial belief that HIV science has been corrupted by the pharmaceutical industry. 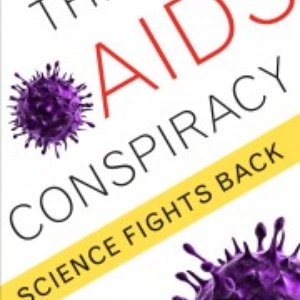 In 2000, South African President Thabo Mbeki infamously set up an AIDS advisory panel to debate whether HIV caused AIDS. He invited the leading AIDS denialists, some of whom believed HIV was harmless while others denied it existed at all. What united them was their distrust of HIV science, their irrational rejection of antiretroviral treatment (ART) and their support for quack cures. They recommended that HIV testing be halted and that immune deficiency be treated through "massage therapy, music therapy, yoga, spiritual care, homeopathy, Indian Ayurvedic medicine, light therapy and many other methods".

The association between AIDS denialism and the promotion of quack cures is symbiotic. In my new book, The AIDS Conspiracy: Science Fights Back, I argue that it is facilitated by a shared conspiratorial belief that HIV science has been corrupted by the pharmaceutical industry, and cemented by an organised movement resting on four symbolically important roles: hero scientists, praise-singers, living icons and "cultropreneurs". The four roles are powerfully synergistic, offering converts an oppositional identity (bravely standing up for ‘the truth’) and a seemingly proven safer-sounding alternative means of managing their illness.

The leading hero scientist is Peter Duesberg, a Berkeley virologist who claims HIV is harmless and that ART causes AIDS. Because he has a creditable scientific research record (although in cancer, not HIV), he provides a patina of scientific legitimacy for the movement. By depicting him as a latter day Galileo persecuted by a venal ‘AIDS establishment’, sympathetic journalists and film-makers (the praise-singers) promote his cause to the public. They construct a protective conspiratorial narrative which delegitimizes the scientific consensus on HIV pathogenesis and treatment whilst constructing Duesberg as unfairly oppressed.

Rejecting scientific medicine creates a therapeutic vacuum which is quickly filled with what I term "cultropreneurs" – those who use the conspiratorial move against science as a marketing strategy to ply their alternative remedies. For example, the Rath Health Foundation describes ART as a form of genocide inflicted on society by the "pharmaceutical drug cartel" while claiming that their vitamin products reverse the course of AIDS. Gary Null, who sells a range of books and alternative healing products, makes similar conspiratorial suggestions and often features AIDS denialists on his radio show.

Cultropreneurs are assisted in their marketing projects by the living icons – HIV-positive people who provide proof of concept by rejecting antiretrovirals in favour of alternative healing modalities. Christine Maggiore, who campaigned against the use of antiretrovirals for mother to child transmission prevention – was the central living icon for AIDS denialism. She started an organisation called ‘Alive and Well’ which had Duesberg and various cultropreneurs on its board.

In 2002 a very pregnant Maggiore appeared on the cover of Mothering Magazine with a red circle slash diagram over the letters AZT emblazoned on her abdomen. A year earlier, she, along with Duesberg and other AIDS denialists had met with South African President Thabo Mbeki, probably the most famous of all converts to AIDS denialism.

Robert Leppo, a venture capitalist who sits on the board of Rethinking AIDS (the leading AIDS denialist organisation) funds Duesberg’s laboratory. He has been described by Celia Farber, Duesberg’s leading praise singer, as the "reluctant hero of the underground" who "saved Duesberg from utter dissolution" after his federal funding was supposedly cut off for "as punishment for advancing a scientific hypothesis that differed from that of the establishment". Leppo was also the executive producer of an AIDS denialist film, The Other Side of AIDS, for which the promotional material describes him as "deeply involved in researching new medical protocols and alternative therapies, many of which are AIDS related".

A common notion promoted by cultropreneurs is that AIDS symptoms are caused by "stress" and harmful mental states. For example, Michael Ellner, the president of HEAL (Health Education AIDS Liaison) who runs a "medical hypnosis" service claims that the shock of an HIV diagnosis kills people because it creates "very toxic emotional states" which supposedly "knock out and undermine" the body’s natural defences. Repairing their mental state is thus his solution to AIDS – a convenient prescription given his line of work.

Another member of HEAL is Roberto Giraldo, who sits on the boards of Rethinking AIDS and Alive and Well. He describes himself as a "natural health counsellor" and runs a clinic of "integral psycho immunology" in Brazil. Infamous for advising Mbeki’s health minister on nutritional alternatives to ART, he subsequently went on to promote organised AIDS denialism in Latin America.

The four symbolic roles offer recruits a thrilling new identity of brave "truth seeker" while appearing also to promise a more natural approach to health. For those with an HIV-positive diagnosis, it also offers the psychological benefits of denying the deadly disease. But the consequences are inevitably tragic, not only for the person concerned, but for those in their care.

In Maggiore’s case, her denialism caused not only her own death from AIDS in 2009, but also that of three year old Eliza Jane, the daughter she was pregnant with in 2002. In Mbeki’s case, his flirtation with AIDS denialism and resulting delayed use of antiretrovirals for HIV prevention and treatment in South Africa resulted in over 333,000 unnecessary deaths.

Professor Nattrass and Quackdown co-editor, Nathan Geffen, will be in conversation at 6pm on 30 May 2012 at the Book Lounge in Buitenkant Street, Cape Town. This will be the launch of Nattrass's new book.