Studies examining the efficacy of antidepressants

And a heated debate

John Joska's article drew a strongly worded response from one of our regular readers. I do not have the knowledge, training or expertise to give an opinion. Nevertheless, and with some trepidation, I have put together a small collection of what I suspect are key studies of antidepressants, including their conclusions or main findings. I hope you find it useful. You are welcome to add others in the comments. If they are peer-reviewed studies published in reputable journals, I will add a Further Reading section to this article and link to them. 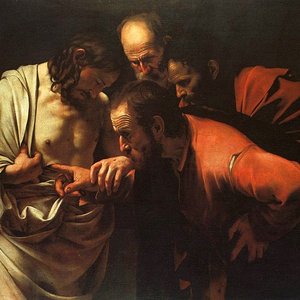 The Incredulity of Saint Thomas by Carravagio

Quackdown reader and blogger Michael Meadon took issue with John Joska's article for not mentioning two meta-analyses that have found benefit for antidepressants only in severely depressed patients. In defence of Joska's article, its point was to debunk some unfounded statements about anti-depressants in an alternative health magazine which promoted an untested alternative. But Meadon has noted two important studies, to which I have added a third.

Meadon pointed out two important studies: one in Plos Medicine in 2008 and one in the Journal of American Medicine (JAMA) in 2010. They are both meta-analyses examining the efficacy of antidepressants compared to placebo. The JAMA article found:

True drug effects (an advantage of [antidepressant medication] over placebo) were nonexistent to negligible among depressed patients with mild, moderate, and even severe baseline symptoms, whereas they were large for patients with very severe symptoms.

Drug–placebo differences in antidepressant efficacy increase as a function of baseline severity, but are relatively small even for severely depressed patients. The relationship between initial severity and antidepressant efficacy is attributable to decreased responsiveness to placebo among very severely depressed patients, rather than to increased responsiveness to medication.

a media storm surrounded our publication of a meta-analysis of all pre-licensing trials submitted to the US Food and Drug Administration, including unpublished trials, on the efficacy of certain antidepressants. Although much of the reporting was balanced and insightful—highlighting the study's finding that efficacy was seen only in severe depression and questioning why trials go unpublished and why drugs get approved based on weak evidence—we also saw over-simplified headlines such as “Antidepressant drugs don't work.”

Another 2008 meta-analysis published in the New England Journal of Medicine examined whether there was a bias in trials of antidepressant drugs published by the pharmaceutical industry. It's results were:

Among 74 FDA-registered studies, 31%, accounting for 3449 study participants, were not published. Whether and how the studies were published were associated with the study outcome. A total of 37 studies viewed by the FDA as having positive results were published; 1 study viewed as positive was not published. Studies viewed by the FDA as having negative or questionable results were, with 3 exceptions, either not published (22 studies) or published in a way that, in our opinion, conveyed a positive outcome (11 studies). According to the published literature, it appeared that 94% of the trials conducted were positive. By contrast, the FDA analysis showed that 51% were positive. Separate meta-analyses of the FDA and journal data sets showed that the increase in effect size ranged from 11 to 69% for individual drugs and was 32% overall.

A 2009 study in The Lancet compares the efficacy of 12 new generation antidepressants. It concludes:

Clinically important differences exist between commonly prescribed antidepressants for both efficacy and acceptability in favour of escitalopram and sertraline. Sertraline might be the best choice when starting treatment for moderate to severe major depression in adults because it has the most favourable balance between benefits, acceptability, and acquisition cost.

There is a fierce ongoing debate about all of this in the New York Review of Books (NYRB) and New York Times.

Finally, a sobering and upsetting thought: Many people with depression will find this debate very discomforting.