Premier Mkhize must be held accountable

Today the Mercury published a story written by Anso Thom of Health-e exposing serious adverse events due to the Tara KLamp circumcision device. The photographs, which prove the seriousness of these adverse events, are published in this Quackdown article. The Mercury article also describes a draft research report that was commissioned by the Kwazulu-Natal government. The report describes possibly unethical behaviour. 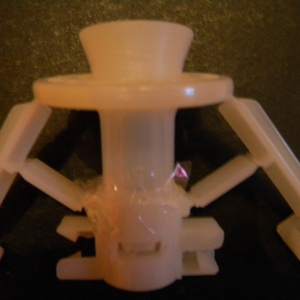 The Tara KLamp is a dangerous circumcision device. A randomised controlled clinical trial run in Orange Farm near Johannesburg by leading circumcision scientists found that the device caused significantly more pain and adverse events than the standard forceps-guided surgical circumcision method. The clamp was so bad, that the trial had to be ended early. Yet the Kwazulu-Natal government has proceeded to roll out the clamp and simultaneously deny that it is causing more side-effects than the forceps-guided method.

Adverse events of the Tara KLamp compared to the standard forceps guided surgical method. Data from the Orange Farm trial.

The device is also much more expensive to use than the forceps-guided method, despite the protestations of the Kwazulu-Natal government to the contrary. According to an answer from the Minister of Health given in Parliament, the Tara KLamp costs R195 excluding VAT. You also need some additional materials to complete the circumcision. An entire forceps circumcision kit costs R140 including VAT.

We have obtained extremely disturbing photographs of injuries caused by the Tara KLamp. In comparing the clamp to standard forceps-guided circumcision it is important to understand that these types of injuries, while not impossible with surgery, are exceedingly rare.

An expert medical opinion was sought on the nature of these injuries:

These complications are not permanent since we correct them early. But they leave:

It hampers the medical male circumcision campaign because this scares potential clients.

If you are sensitive please do not view the photos. We have not published all of them as we are handing some to the Southern African HIV Clinicians Society journal for publication. We have published these photos to prove that the Tara KLamp is causing severe adverse events, including iatrogenic paraphimosis and glandular injuries. The patients are not identifiable from the photographs.

The first photograph shows a common problem with the Tara KLamp. Only part of the foreskin has been taken off and the clamp has caused swelling. It is possible that in these cases insufficient foreskin has been removed for circumcision to be protective against HIV infection.

In January 2012, a senior member of the KZN Department of Health handed a draft research document to a senior provincial member of the Treatment Action Campaign (TAC). The draft document purported to show that adverse events with the Tara KLamp were no worse than the forceps method. The document was likely handed to a TAC member in order to dissuade the TAC from continuing to criticise the KZN government's use of the Tara KLamp. However, the research methodology was so poor that the draft report proves nothing. Some of the researchers involved in the report have, as Anso Thom's article shows, distanced themselves from it.

The problems with the report are numerous. We mention three:

The report is a draft, so no researchers should be castigated for its poor quality. The report was given to TAC by a Kwazulu-Natal Department of Health official to stop public pressure on the Department's use of the clamp. It is therefore the department not the researchers who should be held accountable for this.

However, there are ethical concerns about the report. Before you conduct medical research you have to get ethical approval. It is not clear what approval was obtained for this study. Now it is arguable that when you are collecting data about events that have already occurred --this is called a retrospective study-- this is a formality and we will not make an issue of it.

But the report also describes the researchers' analysis of ongoing circumcisions at Northdale hospital in Kwazulu-Natal. Ethical approval for prospectively collected data is non-negotiable. If ethical approval was not granted, the researchers have a case of misconduct to answer. If on the other hand ethical approval was granted, the ethics committee that granted approval has a case to answer. No decent ethics committee should have given the go ahead to collect observational data prospectively on a device that has been shown to be dangerous in a randomised controlled trial. By giving such approval, the ethics committee would have been party to the rollout of an unsafe device.

You can download the draft report as we received it. It is in Microsoft Word format.

We are deeply suspicious that the Tara KLamp rollout has been driven by corruption. The Kwazulu-Natal King, for example, received a car from the device distributors. The debacle of the research report also indicates a situation where researchers have come under pressure or undue influence. There has to be an investigation into what, why and how the device has been rolled out in Kwazulu-Natal.

The person who currently has the most questions to answer is Kwazulu-Natal Premier Zweli Mkhize. He has known about the Tara KLamp rollout and he has allowed it to proceed, despite being warned by the TAC and the Southern African HIV Clinicians Society that the device is dangerous. As the person in charge of the province, he is ultimately accountable for the Tara KLamp scandal.

Thanks for posting. More evidence that MONEY and selfish cultural bias have more to do with this campaign than humanitarian interest. The table showing damage from the KLamp shows that money and selfish interests too often drive the "assistance". Similarly, the increased risks of injectable contraceptives have been known for years but the info has not been disclosed.

That the motivations and facts about this corruption are being revealed is a refreshing change.

Thanks for taking this opportunity to mention this, I'm strongly about it and I benefit from garden greenhouse structures this subject. When possible, when you gain data, please update this website with new information. I have found it extremely useful.
bestdigitalcamerasreview.net