What does science show about incentives for HIV testing?

The Western Cape government has implemented a lottery to encourage people to get tested for HIV. People who get tested can enter the lottery and win large cash prizes. In the fiery world of Cape Town politics, there has been much vitriol from both supporters and detractors of the lottery. But what does science show about incentives for HIV testing? 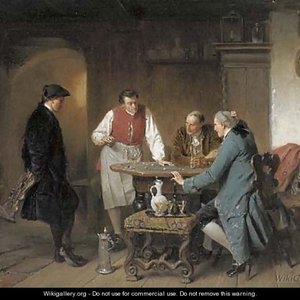 There have been a number of programmes that use incentives to encourage people to find out their HIV status. The Sunday Times used to run a competition to encourage HIV testing. Discovery Health provides incentives to its members to get tested. An organisation in Cape Town called Shout It Now also provides incentives for adolescents to get tested. These have been private initiatives; I cannot find published scientific research on them and I do not know whether or not they have been successful.

Governments should try to implement policies that are supported by scientific research. This is of course not always possible. Politicians often have to guess the best policy because of a lack of research or because reality is often too difficult to model in the lab. Economic policy, despite strongly held views, is often just guessing based on analysis of incomplete data and historical examples of variable relevance to the current situation. Even in AIDS, we have a very large programme in South Africa, Abstain, Be Faithful, Condomise, that is based more on guessing than science. Of course governments can make good guesses if they analyse the situation well and the gods of chance are on their side.

Before considering the lottery let us look at the scientific evidence. There is ongoing research to test if cash incentives can reduce HIV infections. These however involve direct cash payments as opposed to a lottery.

The Centre for the AIDS Programme of Research in South Africa (CAPRISA) in conjunction with the Kwazulu-Natal government and an organisation called MIET is doing exactly that. The trial is called CAPRISA 007 Reducing HIV in Adolescents. Grade 9 and 10 children in 14 schools in Vulindlela, south of Durban, will participate. All the schools will receive a prevention programme that includes testing. Schools will be divided into pairs and then randomised to either be in a control or intervention group. Students in the intervention group schools will be offered cash incentives to reach certain milestones in the programme including annual HIV testing, passing mid and final school exams and participation in an extramural programme that "fosters goal setting, responsible citizenship, financial planning and decision making." The trial is ambitious. It's main goal is a reduction in new HIV infections not merely behaviour change.

In another study being run in South Africa by the HIV Prevention Trials Network, nearly 3,000 girls in grades 8, 9, 10 and 11 will be randomised to either a control group or to receive monthly cash payments to stay in school. It includes a component to help kids stay HIV-negative. The trial is set to run for four years. It's main goal is also reduced new infections. This study is called HPTN 068.

There is also some published research on prevention incentive interventions:

These cash payment studies are testing something quite different to the Western Cape lottery. With the lottery, people have a small chance of being rewarded with money for their behaviour, while in the cash payment studies everyone who meets certain requirements gets money. While there are some research examples using lotteries to elicit a desired behaviour, these are far removed from what the Western Cape lottery is trying to achieve. Also, in contrast to the CAPRISA 007 and HPTN 068 studies, the lottery has a modest goal - getting more people to test.

On the other hand, the lottery is relatively inexpensive and it is a reasoned idea. Finding out one's HIV status on a regular basis is a good end in itself and incentives to encourage that should be considered. Because the lottery hasn't been tested does not mean it will not work. I also cannot see how the lottery is likely to cause significant harm. I cannot find any evidence (or reason) to support criticisms that the lottery discriminates against women or poor people, or that it will only encourage people who know their status to test. There is an argument that the money might be better spent, but it is actually not a large amount of money for the state to risk on a new venture.

Using a lottery as part of a public health drive is also not unprecedented. Here is a description of Glasgow's comprehensive anti-Tuberculosis drive over 50 years ago:

Glasgow had the highest death rate from pulmonary tuberculosis in Britain (25 per 1,000 of population). In 1957 an intensive five week campaign was launched to identify TB carriers in the city. Thirty-seven mobile radiography units manned by volunteers visited housing schemes, offices and factories with the initial aim of X-raying 250,000 people. However, intense media coverage and a weekly prize draw from the names of those who came forward helped raise the number of screenings to nearly 715,000. Source: The Glasgow Story

Also see this fantastic video from British Pathe of the Glasgow campaign:


Click on the image to see the video. Warning: it's slow to load.

I hope the Western Cape government has considered how the success or failure of the lottery will be measured. It should also put greater effort into explaining the purpose of the lottery in the city's high risk HIV areas. Some of the responses to the lottery have been ill-considered and open to the accusation of being knee-jerk anti-DA. But the DA leader courted this fracas by announcing the lottery with great fanfare at a press conference just before the National Strategic Plan was being launched. In contrast to the Western Cape lottery, the CAPRISA 007 trial which is being jointly run by the Kwazulu-Natal government, is more ambitious, a proper scientific investigation and not being turned into a political football.

The verdict on the lottery is still out. Singing the lottery's praises or condemning it before we know whether it works is unwise. If properly implemented without political grandstanding --from all sides-- I think it is worth trying.

Thank you to Quarraisha Abdool Karim, Gregg Gonsalves, Marlise Richter, Mark Sonderup, Francois van Loggerenberg, Jonathan Berger, Edwin Cameron, Marcus Low, Rob Petersen and Gesine Meyer-Rath for providing me with useful ideas and information for this article. Special thanks to Polly Clayden for finding the Glasgow materials. I take sole responsibility for the views expressed and any errors.

Thank you for setting this argument in context - and supplying some examples of cash incentives for testing.

What you haven't addressed, and perhaps feel it outside of your remit to do so, is of a minority political party, anxious to extend its reach in the country beyond its current demographics, using the prospect of cash advancement (arguably, the odds of winning a lottery is a minuscule percentage) to promote the headline-grabbing scheme, rather than working in tandem with non-government organisations, such as the TAC. To have this important work under the auspices (or at least the perceived "umbrella) of a particular political party - outside of the government, has worrying partisan implications.

Great piece - thanks Nathan. Far more nuanced than my initial knee-jerk reactions to such a scheme.

Does the Western Cape government have the capacity to actually measure the effectiveness of the scheme in changing long-term testing behaviours?