The Advertising Standards Authority has ordered Patrick Holford to withdraw the claim that Mood Food supports mood and mental vitality. 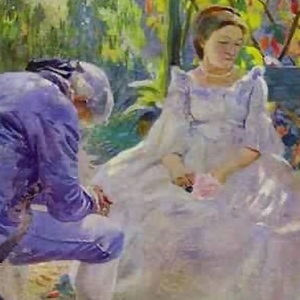 Quackbuster Harris Steinman lodged a complaint against Holford several months ago because Holford said this in a radio advertisement:

"So you often suffer from a low mood or lack of motivation? My name is Patrick Holford and I’d like to tell you how to get back your Feel Good Factor. There are five essential nutrients that help to improve mood, by making the feel good chemicals in your brain. These are: Chromium, Vitamin D, and energising B Vitamins plus the amino acids Tyrosine and Tryptophan. All these are contained in my Mood Food Supplement. Visit holforddirect.co.za or your pharmacy, and ask for Patrick Holford’s Mood Food."

As explained in the Quackbase entry for this claim:

Mood Food is a micronutrient supplement. It's ingredients are listed as L-Tyrosine, Trimethylglycine, 5-HTP, Chromium, Zinc, B Vitamins and Vitamin D3. It is sold as 90 tablets with the recommendation of taking 3 to 6 daily. The price is R249.95 on Holford's direct sales website. This is extremely expensive.

There is no compelling evidence showing any of the ingredients of Mood Food to be effective at improving mood or reducing depression. Some studies have actually shown no mood benefit from tyrosine, an amino acid that is included in Mood Food.

On his website Holford implies that tryptophan intake improves mood and reduces depression. He states, "The natural alternative to SSRI drugs is to eat your way to happiness by choosing foods that contain tryptophan, a constituent of protein from which the body makes serotonin." There is insufficient evidence to support this claim.

Holford's modus operandi is to subtly mix sensible sounding advice with claims that promote his micronutrient products. His promotion of Mood Food exemplifies this.

The ASA ruling is worth reading because of what it says about the standards expert testimony should meet, a subject for another article.

Steinman also complained that the following claim on Holford's website is untrue:

"The natural alternative to SSRI drugs is to eat your way to happiness by choosing foods that contain tryptophan, a constituent of protein from which the body makes serotonin."

The ASA's decided not to rule on this claim because either it could not locate the claim on Holford's website or it did locate it but decided it was editorial content not an advert. The claim is on this webpage on Holford's site:

Readers can decide whether the above link is editorial or an advert.

Holford is one of the world's most well-known quacks. He regularly visits South Africa, appears on television talk shows here and speaks publicly. This charlatan promoted vitamin C as a better treatment for HIV than the antiretroviral drug AZT. In his New Optimum Nutrition Bible Holford wrote, "AZT, the first prescribable anti-HIV drug, is potentially harmful and proving less effective than vitamin C in suppressing the virus in chronically infected cells (Ref 23)." His reference for this piece of nonsense is an obscure in vitro study written by Steve Harakeh and Ritesh Jariwallah, two colleagues and regular co-authors of the notorious Matthias Rath. Holford has made a pathetic attempt to justify his claim on his website.