Search the Internet for cancer organisations in South Africa and the top site returned will likely be the Cancer Association of South Africa (CANSA). 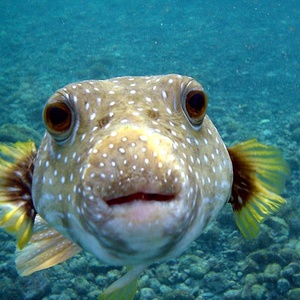 There are no published clinical trials showing that Omega Caro-E or any equivalent product prevents cancer.

A cancer diagnosis is devastating. Patients in remission can be desperate for advice to reduce the risk of their cancer returning. So too the siblings and children of people with cancer, who fear their genes might place them at greater risk.

But most people do not have the knowledge, time or motivation to research medical journals to decide whether or not to try this or that treatment, diet or lifestyle change. This is why people with cancer and their families and friends need to be able to trust organisations like CANSA to provide reliable advice based on sound evidence. CANSA, which is surely the most important organisation for cancer patients in the country, has a big responsibility to many people.

In February CANSA endorsed a product called Omega Caro-E, recognising it as a CANSA Smart Choice. "This is the first time ever that the Seal will be associated with a nutritional supplement," said CANSA's press alert. This is how the organisation described the product:

Developed by the Cape Peninsula University of Technology (CPUT), Omega Caro-E is a unique combination of fish oil containing 11 different carotenes and 5 different forms of Vitamin E and can assist with reducing the risk of cancer and other non-communicable diseases like diabetes and heart disease. It's an excellent supplement that contains no artificial preservatives, flavourants or colourants as well as being affordable.

Roy Jobson is a medical doctor and professor of pharmacology at Rhodes University. He also sits on the Allied Health Professions Council of South Africa which regulates the practice and educational standards of alternative and complementary practitioners and therapists. He is outspoken in his support for evidence-based medicine. He is critical of unethical behaviour of all health professionals, but always in a polite and professional way. 1

Jobson has explained that by claiming that Omega Caro-E reduces the risk of cancer, the product is not merely a nutritional supplement, but a medicine according to the Medicines Act. CANSA disputes this. It says that reducing the risk of a disease is not the same as making a prevention claim, which would indeed make Omega Caro-E a medicine. But that's surely just semantics. Most ordinary people, including myself, regard a reduction of risk, as being the same as prevention.

Jobson has pointed out, citing a letter from the Department of Health on CANSA's website, that products have to meet stringent conditions to receive the CANSA Seal of Recognition (CSOR). Jobson asked CANSA for the reasoning behind their decision to endorse Omega Caro-E. Protracted correspondence followed, with CANSA disputing that their endorsement makes the product a medicine. CANSA wrote a long argument that the product is high quality, that their head researcher, Dr Carl Albrecht, had analysed its composition carefully and that his analysis supports their claims.

But medical science cannot be done this way. It is irresponsible to claim that a medicine --or "food supplement" to put CANSA's spin on it-- reduces the risk of a disease just on the say-so of an expert analysis. There are too many examples of medicines with compelling arguments for using them being found useless or even unsafe in experiments. The experiment you have to run to claim a medicine (or food supplement) is effective at reducing the risk of getting a disease is a clinical trial. Occasionally --and this is rarely good enough-- extremely good observational data can also prove that a product is effective.

There are no published clinical trials, nor is there any compelling observational data, that Omega Caro-E or any equivalent product prevents cancer. No studies have even been done to study how, or if, Omega Caro-E is absorbed in the human body; these are essential pre-clinical trial studies that should be conducted.

In one letter to Jobson, the CEO of CANSA, Sue Janse Van Rensburg wrote, "I want to categorically assure you that we will not make statements verbally or in the media that Omega Caro-E can prevent cancer, heart disease or diabetes." But CANSA has indeed made prevention claims, both in its press release quoted above and on its website:

In any case endorsing a product with the CSOR sends an unmistakable message: this product prevents cancer. What else could such an endorsement mean?

During Jobson's correspondence with CANSA, he explained his concerns to the popular and informative Drug-Info news list. He also spoke to journalists. He's completely entitled to do this of course. Jobson correctly sees himself as accountable to the public, not CANSA. Van Rensburg's response was this thinly veiled legal threat:

Although concerned about some of your remarks and conclusion expressed in your letter, I was of the opinion that we would be able to address your perceptions and conclusions in an open, factual and amicable manner ...

How great was my surprise and disappointment upon receiving an email from the Beeld's journalist (Antoinette) shortly after the launch, regarding your raised concerns and questions. In light of the fact that you deemed it necessary to communicate with the media without any consultation with [Dr] Carl [Albrecht] or I, further did not find it necessary to wait on our response or for the information to appear on our website, I could not refrain from questioning your motives and if you are at all acting in good faith?

Thus I had no option as to seek legal advice in order to protect CANSA's reputation and name and wish to inform you as such.

There is a lack of self-reflection here by the CANSA CEO. Why should CANSA be able to announce that it is endorsing a product in the media but yet when its critics respond to the press, they are acting "without consultation"? And if Van Rensburg is pleased about having an "open, factual" discussion, then she should surely welcome such a discussion taking place in public. CANSA has publicly endorsed a product; Van Rensburg should expect to defend that endorsement under public scrutiny.

As for CANSA's fear of Jobson going to the media, it has not hesitated creating its own spin in the press. The New Age has carried a story on CANSA's endorsement of Omega Caro-E that contains not a single word of criticism or scepticism. It reads like a marketing pamphlet. One interesting point in the article is that it reveals that the product will retail for R97 per month. As Business Day journalist Tamar Kahn wrote in an email to the Drug-Info list, "[The] big question this story raises is what does CANSA get for endorsing products like this? Does it get a share of the rather pricy R97 price tag?"

Jobson has informed me that he has now also received threatening letters from CANSA's lawyers. It is disappointing that an organisation like CANSA is so thin-skinned that it has to defend against its critics with legal threats instead of producing compelling scientific evidence to support its endorsements.

The product is also on sale directly from CANSA's website for R65 per month (plus R5 postage). So not only has CANSA endorsed Omega Caro-E, it is party to the sale of it. That surely is a conflict of interest. And would not simply buying a fish at your local supermarket be cheaper and provide you with a lot more nutrients and pleasure than these capsules?

Catherine Tomlinson, Marcus Low and I started the Quackdown site partly in frustration at the quack products marketed to us in our capacity as researchers with the Treatment Action Campaign (TAC). Many times we were asked to endorse these products. Always the answer was no. Never would we have risked TAC's impartiality and reputation by actively assisting in selling a medical product for money.2 It is astonishing that CANSA has no such qualms.