Western Cape Premier Helen Zille and Minister of Health Aaron Motsoaledi have both come out in support of drug testing in schools. Their intentions are undoubtedly noble. But will this policy actually work? Theshia Naidoo and Daniel Robelo of the Drug Policy Alliance argue that the evidence from the United States experience shows that compulsory drug testing in schools is potentially harmful. 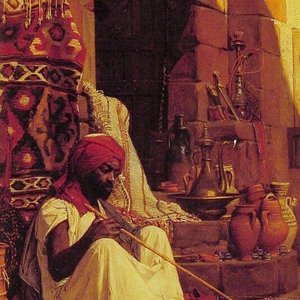 South Africa has a clear and compelling interest in preventing adolescent drug abuse –a growing problem in the Western Cape and other provinces. In the search for solutions, some have proposed the compulsory drug testing of all pupils in public schools.

However, a broad body of research --mainly from the US, where drug testing practices have been extensively researched-- indicates that random, suspicionless drug testing is ineffective, counterproductive, personally invasive and, for many adolescents, dangerous. This approach is also contrary to the official national policy of the South African Department of Education, which prohibits the use of random drug testing. South African schools should instead adopt evidence-based policies that combine effective prevention measures, including honest education about the relative harms of various drugs, and rehabilitation for students who suffer from drug dependency problems.

Proponents of random drug testing in schools believe that it prevents teen substance use by alerting school officials and parents to drug use at an early stage, when interventions for at-risk students are more likely to succeed. They further argue that testing provides students with an excuse to say no to drugs and resist peer pressure. According to the US Office of National Drug Policy (ONDCP), many US schools have implemented random student drug testing "to promote a healthy learning environment, and to shield young people’s developing minds and bodies from dangerous and addictive substances - like marijuana." 1

Some supporters of the practice, notably the ONDCP, even call the practice of random drug testing a "silver bullet" in the fight against drug abuse. Unfortunately, the reality is that random drug testing fails to achieve these laudable goals. Scientific research indicates that drug testing policies are ineffective and employ tactics that violate well-established principles of how educators and parents can best promote healthy choices among adolescents, particularly those identified as "at-risk."

For example, based on data collected between 1998 and 2001 from 76,000 students across the US in 8th, 10th and 12th grades, a national study found that drug testing did not impact illicit drug use among students, including athletes. A recent study from a team of international researchers published in the Journal of Youth and Adolescence found that drug testing had almost no effect on drug use and may in fact have a detrimental effect on students who already feel negatively about their school.

Official South African school policy unequivocally acknowledges this research, stating, "There is no empirical evidence or justification for routine random testing of learners to reduce usage." 2 The Department of Education requires that testing only be employed when there is suspicion of drug use – and even then under narrow circumstances:

Testing must be implemented as part of a structured intervention or relapse prevention programming in an environment that is committed to safeguarding personal rights relating to privacy, dignity and bodily integrity according to school policy, medical treatment procedures and ethical guidelines. 2

Contrary to this clear national policy, random student drug testing violates students’ bodily integrity and is inherently invasive of their privacy rights. Indeed, the South African Department of Education has banned compulsory drug testing in schools for just this reason, stating "By its very nature, drug testing is an invasion of privacy and may infringe the constitutional and personal rights of learners. It should therefore not be the first point of intervention ... " 2

Many testing programs require pupils to urinate while being monitored and to disclose any prescription medications. These practices can have the unintended consequence of forcing students to reveal to school officials that they are being treated for sexually transmitted diseases, mental health issues or other illnesses, thus intruding into their medical privacy.

Tragically, drug testing can actually lead to more risky behaviors. Students inclined towards drug experimentation may switch to drugs that are less likely to be detected but far more dangerous, such as methamphetamine. Or students may simply use substances, like alcohol or inhalants, which are not screened for in most drug tests but which may pose even greater health risks than the drugs the tests were designed to detect. For this reason, the leading U.S. experts in adolescent health – including the American Academy of Pediatrics, American Public Health Association, National Association of Social Workers, National Council on Alcoholism and Drug Dependence, and American Academy of Addiction Psychiatry – have increasingly opposed calls for such testing programs.

Moreover, mandatory drug testing disrupts the delicate balance of trust and honesty that educators try to establish with their students. Rather than being seen as advisors and counselors, school officials are cast as drug enforcers.

And, despite claims that drug testing is used primarily as a preventative or rehabilitative tool, a national survey published in 2009 in the Journal of School Health found that 45% of US school districts surveyed responded punitively to a positive test result –even to a student’s first positive test. Rather than attempting rehabilitation, many school districts have simply reported the student to law enforcement, or subjected the pupil to disciplinary actions, including suspension or expulsion. Such punitive practices not only violate testing protocols but are unethical and illustrate the impropriety of drug testing in the school setting.

Finally, any discussion of drug testing must take account of the distinct risk of —and harms caused by— inaccurate results. The accuracy and reliability of drug testing programs are particularly pertinent in the school context, where testing programs typically operate on limited budgets and without the benefit of binding guidelines or regulatory oversight. Put simply, drug testing, even with the most basic and limited of safeguards, is expensive. In the United States, a urine test costs between $10 (R70) and $50 (R350) per student. One school district in Dublin, Ohio spent $35,000 (R245,000) in one year alone maintaining its drug testing policy: most of the costs went to additional tests for the 11 students, out of the 1,473 students in the district, who tested positive (with the 11 students costing the district $3,200 [R22,400] each).

In short, random student drug testing fails to combat adolescent drug use. Scientific research does not support its efficacy. Testing undermines trust in school officials and teachers and creates a negative school environment. It is invasive of teenage students’ bodily privacy and may even provoke oppositional behavior in students who want to "beat" the test. Testing is expensive, technically complex and likely fraught with problems of accuracy and reliability. One can understand the motivation of those who support random student drug testing; however, in practice, it makes children and schools less safe, not more.

Great article. Have you sent it to Hellen Zille? Her details here: https://twitter.com/#!/helenzille

Unfortunately children and drugs are such emotionally driven issues, that logic rarely has anything to do with it.

I have tweeted it to Helen Zille but not to Aaron Motsoaledi, who does not seem to have a Twitter account.

We'd be happy to publish a response by either of them. This is a complex issue and it would be good to get the perspective of people in favour of compulsory drug-testing.