This is a response to an article written by Helen Epstein on the New York Review of Books Blog. 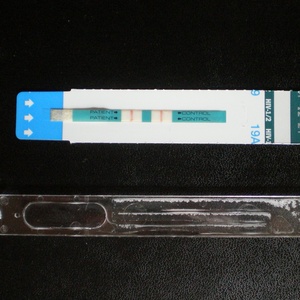 By one estimate, over 10 million people were tested for HIV in South Africa over the last year.

Helen Epstein is an influential journalist and regular contributor to one of the world's most prestigious literary journals, the New York Review of Books (NYRB). It is therefore unsettling that she has written an article on the NYRB blog that contains serious errors about the South African HIV epidemic and the important prevention benefits of antiretroviral treatment (ART). 1

In her first sentence Epstein writes, "When I first visited South Africa in 2000 to report on the AIDS epidemic there, one adult in five was HIV positive, and a million children had lost one or both parents to the disease." These numbers are simply wrong. UNAIDS estimates that by 2001 there were 580,000 children who had lost one or both parents to AIDS. This is a horrific figure, but substantially less than Epstein's. 2 The Actuarial Society of South Africa estimates the number of children who had lost a mother or both parents to AIDS by mid-2000 and they reach a considerably lower estimate of about 120,000. 3 Epstein also overstates the percentage of adults infected with HIV in 2000. 4

Epstein writes, "Although the HIV infection rate has finally begun to fall in neighboring countries like Botswana and Zimbabwe, it remains stubbornly high in South Africa. After studying the African epidemic for two decades, I've come to believe that shame and silence are the primary reasons ..."

She is wrong that South Africa's infection rate is not falling. Also wrong is her implication that shame and silence make the South African epidemic signally different from those in Botswana and Zimbabwe.

First, infection rate or incidence. Countrywide, this is notoriously hard to calculate, so estimates should be approached with caution. Nevertheless, the most reputable data shows, contrary to Epstein, that HIV incidence has dropped significantly in South Africa. The UN estimates that from 2000 to 2009 South Africa's incidence dropped from 2.9% to 1.8%. This is higher than Zimbabwe's but lower than Botswana's. 5 The latest UNAIDS report shows that from 2009 to 2011 child infections dropped in South Africa by 49%, in Zimbabwe by 45% and in Botswana by 22%. 6 South Africa's prevalence amongst 15 to 49 year olds also lies between that of Zimbabwe and Botswana. 7

Then, "shame and silence". How do we measure these? Or compare them between countries? But even so Epstein's assertion is misinformed. There is considerable openness about AIDS in South Africa, perhaps as much as any other sub-Saharan African country. This is in part the consequence of the vigorous edge given to debates about the epidemic over the last decade and more by the Treatment Action Campaign (TAC), which successfully campaigned against both high drug prices and President Mbeki's disastrous AIDS denialist policies.

Here people, too many to enumerate, live openly with HIV; they talk regularly on radio and television about their status. There are media projects and health agencies that deal almost exclusively with HIV. The HIV-positive T-shirts the TAC famously pioneered, and which Nelson Mandela endorsed and wore, are ubiquitous. Soap opera stars speak openly about living with HIV. Instruction on sex and HIV is mandatory in schools. 8 Millions of people take tests for HIV every year at public health facilities. 9 And while AIDS is no longer at the forefront of media debate as it was some years ago, that is because the politics surrounding the issue are no longer so toxic: a sane health minister is implementing sane AIDS policies. This is not a silent epidemic.

Perhaps Epstein misplaces the failures of Mbeki's government as the failures of South African society as a whole. Perhaps she thinks the South Africa she found in 2000 was the same country in 2003 or still exists in 2012. But throughout the Mbeki era South African organisations, individuals and even some provincial governments took strong public stands. Ironically, it was under Mbeki--no thanks to him of course--that civil society and health carers tackled stigma and discrimination with palpable success. Stigma's erosion accelerated massively when ART was made publicly available from 2004 (and even before in places like Khayelitsha, where it was provided much earlier). This was because people saw their friends and loved ones, previously close to death, recover to good health.

Stigma still exists of course, but the response to the disease both by government and ordinary people is far more open and tolerant than 12 years ago. Epstein describes how in Uganda in the 1990s she witnessed "plays, vigils and marches, and everyone talked about AIDS in highly personal ways." She also says, "here was vigorous public debate about how men and women treated one another, and even the poorest people cared for the sick and their orphaned children with decency and sacrifice."

This is precisely how an informed observer would describe the response to AIDS in South Africa since 2000 and even earlier. This is not to say that people with HIV do not frequently meet discrimination--as they no doubt do in Zimbabwe, Botswana, Uganda and the United States--but the mute South African response to AIDS that Epstein postulates does not match reality.

Epstein says, "South Africa's brutal history obviously casts a long shadow over the present day culture, but it's also possible that South Africans continue to stigmatize people with AIDS because, unlike gay men [in the US] and Ugandans, they don't understand how the virus is spreading in their community."

This is a strange claim--that South Africans "don't understand" HIV transmission. On what does Epstein base it? While knowledge surveys must be treated with caution (and often give inconsistent results), they predominantly indicate that people in South Africa know how HIV is transmitted. They also know that condoms effectively prevent transmission. The third South African National HIV Communication Survey, just released, found that most people from age 16 to 55 have been tested for HIV and that communication programmes have turned condom use, or at least reported condom use, into a social norm. 10

It's interesting that Epstein cites the example of gay men. Gay men in South Africa receive HIV prevention and treatment information. Many gay men are at the forefront of AIDS campaigns. They participate in the struggle against AIDS without fear of government repression. Gay marriage is legal.

But in Epstein's idealised counter-example, Uganda, run by the autocratic Yoweri Museveni, gay men are subjected to horrific abuse, violence and threats. Public hate campaigns in the media and hate-speech by politicians silence them. Pending legislation proposes the death penalty for homosexuality. Epstein surely doesn't suggest that Uganda's homophobia is an example to emulate, but then she should properly amend her overly romanticised account of Uganda's response to the epidemic.

Epstein has long been convinced that the drop in incidence in Uganda was due to behaviour change, specifically a reduction in concurrent partnerships. This might or might not be so. But Epstein fails to acknowledge the massive uncertainty in establishing cause in the behavioural sciences and dismisses other plausible explanations. AIDS scientists simply do not agree on whether concurrency explains the higher rates of HIV prevalence in sub-Saharan Africa. On the contrary, its role is vigorously debated. Nor is there a scientifically proven intervention to reduce concurrency.

Epstein writes "The South African Department of Health and the international donors who support the country's AIDS programs have done little to help break this silence." This is an extraordinary claim. President Zuma, whatever his shortcomings, has taken an HIV test publicly, which the Minister of Health plausibly claims has boosted national testing campaigns. 11 There are several highly visible AIDS communication programmes in South Africa: Soul City, LoveLife, Siyayinqoba and, previously, Khomanani, let alone the work of the TAC and many other civil society organisations. Some of these campaigns receive funding from the Department of Health. All receive money from international donors. Some of them, including Soul City, focus on concurrency. There is debate about their efficacy, but silence there certainly is not. It is true that organisations face funding difficulties, but so do treatment programmes. And these communication programmes have been well-funded in the past.

Toward the end of her article, Epstein dismisses the effectiveness of ART to reduce new infections. There are several errors and misrepresentations in this part of her text. For example:

Epstein, perhaps unintentionally, undermines the importance of ART both for treatment and prevention in order to promote her favoured theory. She has done so based on a poor reading of the scientific literature and a mis-portrayal of South Africa. This is a country with a complex history and epidemic. She does both herself and her readers a disservice in misstating or ignoring South Africa's progress against the HIV epidemic.

Geffen is the Treasurer of the Treatment Action Campaign. Venter is a clinician with the Wits Reproductive Health & HIV Institute. Conradie is the President of the Southern African HIV Clinicians Society.

Excellent response Nathan, Francois and Francesca! Thank you for that.

Thank you very much Gregg for this article. I really do feel very sad that such a highly influential person can write such a misleading article about South Africa in the light of so much evidence. I usually spend sometime in South Africa and the picture she paints of the country is really hurting us! I'm a Zambian and do have alot of my family members and friends living in South Africa and some of them living with the virus just like myself. Her portrayal of the country and facts is irritating especially her assertion about ART as a means of treating and preventing new HIV infections, she is so wrong! I also wonder why such a reputable Journal she writes for would go ahead and publish a such an absurd article.

Thanx you people for correcting her! I have gone to the university and graduated to a greater extent because of the ART treatment she so tries to underestimate its benefit to the people who live with the virus! Please tell her not write article on HIV and AIDS if she lazy to review the massive data that is available.

I really enjoyed your correction of her article. Good job. Bravo!