Faith and choice in health-care

Why the ASA ruling on Christ Embassy is correct

Following a complaint from the Treatment Action Campaign, the Advertising Standards Authority ruled that an advertisement by Christ Embassy must be withdrawn. The adverts show the church's proprietor, pastor Chris Oyakhilome, allegedly faith-healing people with life-threatening diseases. The ruling has set off a lively debate, discussed in this article. (Originally published in the Weekend Argus, 19 February 2011) 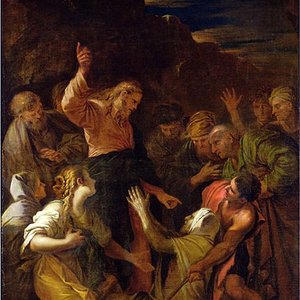 There has been a lively, important and complex debate following the Advertising Standards Authority (ASA) ruling that Christ Embassy's faith-healing adverts on e.tv must be withdrawn. At the core of this debate are the principles of freedom of expression, religion and choice in health-care.

I lodged the complaint against Christ Embassy on behalf of the Treatment Action Campaign (TAC). I would like to believe my colleagues in TAC and I did so only after carefully considering these principles and concluding that they would not be infringed if the ASA ruled in our favour.

We lodged the complaint after a respected TB doctor informed us that a woman with extensively drug-resistant TB, who had been recovering well, stopped taking her medicines following her involvement with Christ Embassy. She became ill again and died, but not before transmitting drug-resistant TB to her two children. I have since received further reports of similar tragic stories. So the effect of Christ Embassy's deceptions are not merely theoretical. Real people with families are being destroyed by this church.

William Saunderson-Meyer, in his Thought Leader blog, has vividly summarised the view opposing our position:

“ASA has stepped blithely into a constitutional minefield. Since there is a right to personal belief and religious freedom, it is difficult to see how a state agency can forbid a church from proclaiming that faith, the very essence of all religions, can achieve miracles. … Those who choose belief, whether it be in Jesus or a fistful of herbs, have the right to do so, even if it is apparent to the rest of us that they are mistaken and will consequently die.”

Saunderson-Meyer's argument appears wrong to me.

Commercial speech, or advertising, is not subject to the same protection as ordinary speech. Christ Embassy paid R2.6 million excluding VAT for their advertisements to run on e.tv. No organisation or company has the spare cash to mount a reply to Christ Embassy that would have equal time and prominence. As one of the two licensed national television broadcasters in the country, e.tv has certain responsibilities. Without the commercial incentive, e.tv would probably not have broadcast Christ Embassy's faith-healing claims. But if they did, they would have the responsibility to give more or less equal opportunity to sceptics to respond. The same principle, i.e. that advertising money buys access and therefore must be subject to regulation, separates all advertising from normal free speech and this is why advertising is regulated.

The ASA is a self-regulating body and all the main media houses in the country have agreed to abide by its code. In addition the Electronic Communications Act specifies that broadcasters like e.tv have to abide by the ASA code.

There are two aspects of the code that Christ Embassy infringed: it could not substantiate its faith-healing claims and it is a violation of the code to make claims about a product treating various listed diseases, unless that product is registered with the Medicines Control Council. The code's definition of product is wide and the ASA found that faith-healing as offered by Christ Embassy was a service and therefore falls within the definition. There is no reason that a religious institution should be exempt from the advertising code; this is not what is meant by religious freedom. The ASA ordered the withdrawal of an advert; it did not remove anyone's right to believe in faith healing, or the church’s right to claim that faith healing is possible, or anyone’s right to pray for healing.

Saunderson-Meyer is correct that patients have the right to choose their health-care interventions, even if it is an intervention that is dangerous. However, people selling health-care interventions do not have this right. They have to provide information that is accurate or at least based on decent evidence. This principle is assumed whenever we shop for consumer products whether it be kitchen appliances, DVD players or financial products. Indeed, a government poster providing useful advice on the financial industry proclaims that consumers, besides having the rights to be heard and to make choices, also have the right to be informed. If the DVD player we are sold is a dud, or we are given misleading financial advice, it is uncontroversial that we have recourse to the law. Surely the same principle applies to medical advice, i.e. that patients should be able to make an informed choice based on accurate information? Surely a person deceived into buying a falsely advertised gadget has no greater right to legal protection than a woman with XDR TB who is being deceived out of her life?

I do take Mr Geffen's point that the action is against the advertiser's responsibility to be able to verify any claims rather than the consumer's right to any product they wish, even harmful ones. The trouble is that churches proclaim their cures far more perniciously in-house directly to believers than the damage they do with the occasional paid-for advertisement. Also many herbalists sell their wares and 'expertise' at curing dread diseases in the classified ad columns, as well has having the credibility boosted by various forms of state recognition. The TAC would perhaps be better rewarded for its efforts if it directed its fearsome firepower at the base of the flame, rather than stray tendrils? Finally, one cannot over the long term legislate against ignorance. Should ASA now intervene to ban church notices listing 'faith healing' services?

@WSM Not quite sure what your point is? You seem to have shifted from suggesting that the ASA is mixing religion and politics - and now you are saying that the TAC should be directing itself where? At the various forms of state recognition? Claims from the pulpit are not covered by the ASA regulations, it is impractical to target smalls advertisers - you can't stop the newspapers. If the TAC had only focused on the 'root' the cases against Raath would not have happened. One may not be able to legislate against ignorance - but high-profile cases like this one put a spotlight on it. And yes, the TAC and consumers should use whatever they can against false advertising in any form - I know I do.

My article addresses moral arguments against the ASA's ruling.

Whether there are strategically better ways to take on Christ Embassy, or quacks generally, is a different issue. But that's for another article and another debate.

Well, I don't know if I am back-tracking but I admit to some ambivalence! Should important health incomes be ransomed to personal freedoms? The TAC believe yes, I don't. Firstly, I don't accept that by merely by advertising their 'product' -- faith -- that churches are breaking ASA regulations. Should it go to the Constitutional Court, I would expect the Court to find that the ASA is exceeding its brief. A 'product' implies sales, whereas churches give away their faith. So this is not the same situation as the Raath Foundation and vitamin sales. Nor is it a simple matter of taking advantage of the ill-educated. There are many believers in the miraculous power of faith, as well as the medical benefits of positivism who are, at least in theory, well educated. And while it is true that religious belief systems flunk scientific testing, so what? People can believe what they like but have to live (or die) with the consequences). Secondly, the TAC has a lot of muscle to flex. So yes, it should take on state sanction of sangomas as medical care givers. Yes, it should take on the newspaper houses on the morality of accepting herbalist and homeopathic advertising -- I predict they would prove to be a house of cards.

@WSM - have you actually read the advertising code to which the ASA holds both advertisers and media (and itself for that matter)? The fact that an organisation really, really, really believes (i.e faith) in its product doesn't give them the right to make claims they cannot substantiate in an advertisement.