Heart-felt testimonials are not good enough

Every now and again someone calls the Treatment Action Campaign (TAC) office hoping to enlist our help in promoting some new miracle HIV treatment. Obviously we’re the wrong people to call. Our standard response is to ask for the published evidence. Sometimes we’ll be e-mailed some trial findings that invariably fall short of substantiating their claims. Most of the time though, all we get is testimonials. 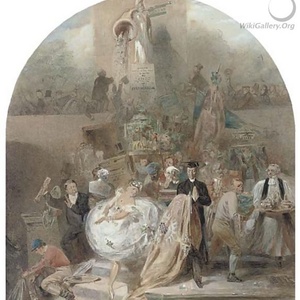 When engaging with such people, our differences usually boil down to this: We insist on scientific evidence in the form of randomised controlled trials. But they find testimonials evidence enough.

It is not unusual to be directed to some emotive YouTube video of miraculous healing, complete with ex-patients and piano-accompaniment, and to be told, "See, it works."

Now, some quacks are just heartless bastards in it for the money. Sometimes though, the person on the other side of the phone sounds painfully sincere. For example, some of the people who believe that the HIVEX electromagnetic box effectively treats HIV clearly believe they are doing good. Even after the Advertising Standards Authority recently ordered them to stop claiming that HIVEX is an effective treatment for HIV, they continue to do so, seemingly in the mistaken belief that their anecdotal evidence is rock-solid.

The logical flaw in testimonials

Unlike many of the infomercials on television, miracle cure testimonies often seem honest and heart-felt. This is surely part of why people find them convincing.

A testimonial might go something like this: "I went for HIVEX treatment, the next day I felt better." Even if not expressly stated, the implication is clearly that the HIVEX treatment caused the improvement.

Here we need to make a crucial distinction. On the one hand, believing someone when they say that they feel better is reasonable. After all, if you want to know how someone feels you ask that person. On the other hand though, when someone says that it is the HIVEX treatment that made them feel better they are not testifying to something they experienced, they are drawing a conclusion which may or may not be correct.

The claim that it is because of HIVEX is therefore mere conjecture.

Of course, through advertising and the communities that exist around many fake cures, people are encouraged to see causal links where causal links are unlikely. Add some sciency sounding babble and the desperation for a cure that often accompanies serious disease, and it becomes even more compelling to ascribe the healing to the magic box, pill or tonic.

It may feel rude to tell someone who just delivered a heart-felt testimony that you don’t believe that the magic pill they just told you about is the cause of there much improved health. However, just letting it go fosters false hope. Testimonials about unproven treatments like HIVEX or Miracle Mineral Solution lead some to forego proven treatments and to put their health and lives at risk.

Double-blind randomised placebo controlled trials are not important because they are Western or some silly reason like that. They are essential because their very purpose is to help us see past the placebo affect, past the natural and random variations in health, and past the biases of those administering the treatment and the biases of those being treated. In short, they are designed to correct everything that makes testimonials unreliable.

The ASA and testimonials

The Advertising Code is pretty sensible when it comes to testimonials. In Section 2 clause 5.3 it states:

Testimonials should not contain any claims to efficacy which cannot justifiably be attributed to the use of the product, and any specific or measurable results claimed should be fairly presented. Where "before" and "after" claims are made, they should be capable of substantiation, expressed and illustrated in such a way as to permit a fair comparison to be made.

I have previously written about a quack HIV treatment called Revivo Tea. They carried testimonials like this one on their website:

"I am over the moon to inform you how REVIVO has changed my life. I was diagnosed HIV positive June 2008 with CD4 count of 386 & I started using Revivo 2009. November 2010 I went for the PCR and bDNA viral load test and the results were undetectable."

Here are some questions to keep in mind the next time you are confronted with a testimonial: