MCC and a decade of deliberate deception

This is a statement by the South African Association for Responsible Health Information and Advertising (ARHIA). It has been released on the 10th anniversary of a notice in the government gazette that has undermined the scientific governance of medicine in South Africa. 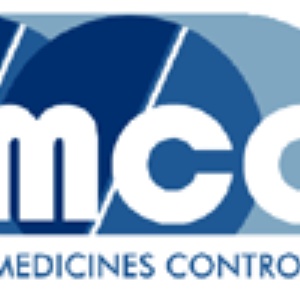 Wednesday 22 February 2012 marks the tenth anniversary of the call up of "medicines frequently referred to as complementary medicines". This "call up" initiated by the Medicines Control Council (MCC) ten years ago was intended to be an audit of the complementary medicines market over a six month period, but its unintended consequences have resulted in a ten year deluge of dubious and unproven products to the detriment of people living in South Africa.

The Minister of Health stated in a written answer to a parliamentary question dated 29 October 2010 that "approximately 155 000 submissions for complementary medicines have been received since the publication of the call up notice of February 2002" and "[n]one of these complementary medicines were evaluated for safety, quality and efficacy as the process, procedures and guidelines are not yet in place." 1

What this means is that for ten years people making and marketing complementary medicines have done so with relative impunity, profiting off all in South Africa who have been convinced that they should use these products to improve their health and quality of life.

On his website pharmacist and Advocate, René Doms, defines deception in the context of medicines as: "... a representation, omission or practice that is likely to mislead the consumer [who is] acting reasonably in the circumstances, to the consumer's detriment." 2

How the deception is deliberate

Using this definition, many of the 155,000+ medicines misrepresent themselves as being legitimate products through mimicking the formulations (tablets, capsules, creams and gels), packaging, package inserts and patient information leaflets of registered medicines. Some makers and marketers even misrepresent themselves as being “holders of certificates of registration” in their package inserts. Others claim to be "registered" by falsely referring to an MCC acknowledgment of receipt number as a registration number. This misleads consumers into "acting reasonably in the circumstances" and buying products which may not contain what they claim to contain, may not be safe and may not work. This deception does not only mislead consumers. Pharmacists, health store owners, supermarkets and "consumers-selling-to-consumers" have all been misled and deceived by these practices. Only pharmacists can be held accountable however because they are directly responsible, in terms of the Pharmacy Act, Good Pharmacy Practice and their Code of Conduct, for selling only products for which they can in effect guarantee the "quality, safety and efficacy".

For registered medicines, the guarantee comes from the MCC. But for unregistered medicines where there is no such guarantee from the MCC, pharmacists have to personally make the decisions as to what to sell based only on information provided by the manufacturers of the products. The Department of Health itself has previously stated: "complementary medicines are currently not well regulated and this poses a serious public health risk". 3 This means that the Department of Health is well aware of this serious public health risk but has not yet reduced the risk. In our view the state is obligated, both by Section 39 of the Medicines Act, which “binds the state” to the Act, and by Section 12(2) of the South African Constitution which says that everyone has the right to bodily and psychological integrity, to remedy this risk without further delay.

The Minister of Health stated in 2010 that the "process, procedures and guidelines" were not yet in place to regulate these medicines. But they could have been adequately and appropriately regulated using the procedures and guidelines that have been in place since the May 2003 amendment of the Medicines Act and its Regulations. The Department of Health needed to allocate further resources to implementing this task. However what was then manageable, has now become a gargantuan task which will require much greater effort and resources.

As no definitive changes to incorporate complementary medicines into the 2003 amendment of the Medicines Act were made just over one year after the complementary medicines call up, it could be argued that, at that time, the regulators did not perceive a need to have separate legislation to deal with complementary medicines. And indeed there has been no prohibition for any complementary medicine to apply for registration based on its use and its claims. The manufacturers and marketers of these medicines have been at liberty all along to provide the evidence needed to prove the quality, safety and therapeutic efficacy of their products for the purposes of registration. We believe that for the majority of these 155,000 medicines the evidence cannot be provided, and concur with the Department of Health that unregistered products presently pose a serious public health risk to those who live in South Africa.

In many ways the Advertising Standards Authority of South Africa (ASA) has had to act as an informal surrogate medicines regulatory authority as far as ruling against false or misleading claims is concerned. Some of these medicines have as a result disappeared off the market even though the ASA does not have the authority to have products removed from the market. Unfortunately, various role-players have recently started challenging the decisions of the ASA, and some media do not adhere to the ASA's rulings.

The South African Association for Responsible Health Information and Advertising (ARHIA) calls on the MCC, the Minister of Health, the Pharmacy Council, the Allied Health Professions Council and the Director General of Health to collaborate in remedying this situation as soon as possible. We note that draft complementary medicines regulations were published for comment in 2011, and although they clarify to some extent how these substances might be controlled, they are silent on implementation and a time frame for their implementation. We also note that the Minister of Health stated that there is no intention to introduce any grandfather clause with regard to the registration of any medicines.

The effect of the 2002 call-up has been to undermine the scientific governance of medicines. It is time to act and not allow another decade of deception and inertia pass.