Quack company litigates against its critics

Solal Technologies sues Kevin Charleston, one of its outspoken critics

Solal Technologies is suing Kevin Charleston for R350,000 because he wrote on the Quackdown website that Solal Technologies' magazine, Health Intelligence is a  "disguised marketing programme for Solal Technologies, a company that actively promotes pseudoscience and aggressively attempts to shut out valid criticism of its advertising."

Charleston will be defending himself against Solal’s charges. He will have the support of the Treatment Action Campaign. He will be represented by SECTION27. The case, when it comes to court, promises to be an important test of the right to freedom of expression, and the duty of companies to market their products honestly and accurately. 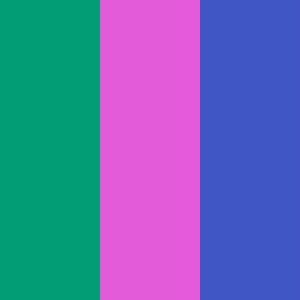 Solal Technologies is a company that sells and promotes untested remedies for a range of serious illnesses. It has made misleading claims that its products help treat AIDS, cancer, heart disease and depression. Several organisations and individuals have exposed these claims in the interests of public health. Solal's response to these criticisms is to litigate.

Quackery, the promotion of untested treatments for the treatment or prevention of disease, is a very serious problem in South Africa. During the era of AIDS denialism, former President Thabo Mbeki and former Health Minister Manto Tshabalala-Msimang allowed AIDS quackery to flourish. The health minister actively supported the vitamin charlatan Matthias Rath until the Cape High Court found that he had acted unlawfully. She also supported AIDS denialists like Tine van der Maas who promoted a garlic concoction as a treatment for AIDS. Many AIDS quacks still thrive. Zeblon Gwala, for example, continues to sell the fake AIDS cure Ubhejane. Quackery is dangerous. In the midst of the AIDS epidemic it is particularly immoral to mislead vulnerable people into wasting money, delaying taking proven treatments or actually ingesting dangerous products. Solal exemplifies the kind of quackery that companies can get away with in South Africa.

On 22 May, the Quackdown website, which is jointly owned by the Treatment Action Campaign and Community Media Trust, published an article by Kevin Charleston titled Health Intelligence Magazine: Is it marketing or education? The article was also published on a site called Camcheck.

Charleston's article deals with the untested and implausible claims in Solal's magazine, Health Intelligence. Solal's response has been to sue Charleston for R350,000 for defamation because he wrote:

Health Intelligence is ... a disguised marketing programme for Solal Technologies, a company that actively promotes pseudoscience and aggressively attempts to shut out valid criticism of its advertising.

Also, accompanying the article is an image of an old cigarette advert which claims that cigarettes treat asthma.

Here is a sample of Solal's claims.

DHEA [Dehydroepiandrosterone - a product that Solal sells] and its analogues are capable of inhibiting the transformation of human lymphocytes induced by Epstein-Barr virus in vitro as well as depressing the replication of human immunodeficiency virus HIV-1 in lymphocytes. [1]

Solal has advertised on the front page of at least one major daily newspaper that "vitamin D is as effective as a vaccine". [2]

80% of South Africans are deficient in Vitamin D. Should the president call a national emergency? [3]

Another Solal advert states this about its product Breast Protection Formula:

The product contains calcium D-glucarate and broccoli and there is insufficient evidence to say anything of the sort. The product costs R238 (US$30) a month. [4]

herbal and vegetable extracts, scientifically proven to provide protection from the risks that promote cancer-cell formation and growth. All people with a family history of breast cancer, high risk individuals and women on hormone replacement therapy should also be taking I3Complex as a cancer-preventative measure. [5]

The Advertising Standards Authority (ASA) has since August 2010 ruled against at least nine advertising claims by Solal. In a ruling, ironically one which was won by Solal, the ASA stated that Solal's “acrimonious conduct” in “playing the man and the referee instead of the ball … is a matter deserving of serious comment."

Solal has used an AIDS denialist to provide "expert" testimony to the ASA. On another occasion the company cited AIDS denialist Anthony Brink (the man who claims to have convinced former President Mbeki of the toxicity of antiretrovirals being greater than their benefits) in order to make the false claim that the Treatment Action Campaign "is vigorously promoting pharmaceutical products that compete with" Solal.

Solal has threatened to sue outspoken consumer activist Dr Harris Steinman for defamation, and has laid a complaint against him with the Health Professions Council of South Africa (HPCSA). It has also threatened to sue Rhodes University Professor of Pharmacology, Roy Jobson, for defamation. It has sent threatening letters to the Treatment Action Campaign, Community Media Trust and the Association for Dietetics in South Africa.

In the above cases, the legal threats have to date not been pursued. However, the company has now issued a summons against Kevin Charleston which shows that they intend to follow through on their legal threat against him.

The TAC lends its full support to Kevin Charleston. We believe that Solal's record of making misleading claims puts public health at risk. It is important that people like Charleston, who act in the public interest, can criticise companies without fear of reprisal.

The summons against Kevin is for claiming Solal "actively promotes pseudoscience" (as quoted in the first paragraph) and for using the image of the tobacco company accompanying the article. It has been pointed out to us that this was not sufficiently clear in the above statement.

Court documents (will be updated as the case proceeds)

I can confirm that Solal has threatened to sue me for "defamation and publication of injurious falsehoods." I deny these allegations and will not be gagged. For more about "Breast Protection Formula" see: http://www.thoughtleader.co.za/royjobson/2012/10/10/an-incorrigible-perversion/

The Solal – Kevin Charleston – TAC press release has reached an international audience - this time Andy Lewis also known as "Le Canard Noir" has written about it in his blog: "The Quackometer". [1] It demonstrates the global reach and power of blogging. Imagine how health professionals serving on Health Intelligence’s Advisory Board will be tarred - if they even give a damn! The comparison between Solal and Dr Matthias Rath is compelling. Will Ben Goldacre himself pick up on this and embarrass Solal and their collaborators, CAVI Brands, further?

I am struck by a few paragraphs.

“. . . . such questionable claims have the potential to kill very many people. It is quite right that people should be able to challenge such claims and warn people to be on their guard that using such products, at the very least, might not meet their expectations.”

“So, it would appear that Solal are also trying to silence their critics by intimidation. The answer to a charge of pseudoscience is to produce robust science not to issue writs.”

“It may be conceivable that Solal are merely misinformed themselves and hence, well intentioned. In such a case, they should drop the case immediately and start a dialogue. It may be though that they are not. In which case, they deserve to be ruined by this misconceived and illiberal action.”

“The case — when it comes to court — promises to be an important test of the right to freedom of expression, and the duty of companies to market their products honestly and accurately. Solal Technologies is a company that sells and promotes untested remedies for a range of serious illnesses.”