On 29 February Quackdown published an article titled A court case and a mathematical model expose the risk of TB in South African prisons. The article told how Dudley Lee had been an awaiting trial prisoner for several years before being acquitted. In that time he became ill with active tuberculosis (TB). 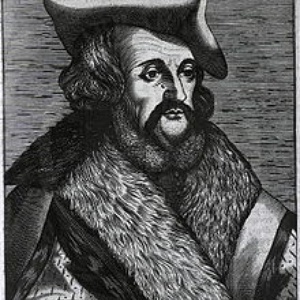 Girolamo Fracastoro (1478-1553), who realised that TB is contagious. Photo from Wikipedia.

Lee successfully sued the Minister of Correctional Services in the Cape High Court. The article described much of that judgment. The judgment held the state responsible for the awful conditions in prison which spread TB. A research paper published in the South African Medical Journal (SAMJ) used the facts presented in the judgment to show that awaiting trial prisoners have a massive risk of being infected with TB.

Interestingly, the SCA agreed with almost the entire judgment of the High Court. Judge Nugent, who wrote the judgment, stated, "It is true that [Lee's] claim has failed but only on a narrow factual point."

Like the High Court, the SCA was scathing about the state's failure to take measures against TB.

Any suggestion that an effective programme for managing tuberculosis existed, at least so far as the isolation of contagious prisoners was concerned, is belied by four events that are revealed coincidentally by the evidence.

The learned judge in the court below held that negligent failure on the part of the authorities to have reasonably adequate precautions against contagion, which was the foundation of the claim, ought indeed to be categorised as wrongful, and I agree.

The prison authorities were well aware that prisoners might contract tuberculosis if reasonable steps were not taken to prevent it. ... [T]he evidence establishes convincingly that to the extent that any system existed at all for the proper management of the disease its application in practice was at best sporadic and in at least some respects effectively non-existent.

The SCA, like the High Court, also found that Lee was probably infected in prison. Where the SCA differed from the High Court was on whether Lee was infected because of the prison's negligence. In the judgment's critical paragraph Nugent wrote:

Once having found that Mr Lee was probably infected in prison the learned judge [of the Cape High Court] seems to have considered that the causation enquiry had been exhausted, because she said nothing further on the issue. In that I think she fell into error. The question was not whether the incarceration caused the harm, but whether it was caused by the negligent omission. Whether or not he was infected while incarcerated was a necessary but not an exhaustive step in that enquiry. If he was not infected while incarcerated then that would obviously end the enquiry. But if he was indeed infected while incarcerated the question still remains whether he would have been infected if there had been reasonable management of the disease. Proof alone that reasonable precautions were not taken to avoid foreseeable harm, and that the harm occurred, does not establish that the former caused the latter.

The SCA then argued that even if the prison took reasonable steps, it is not clear that Lee would have avoided infection. Judge Nugent wrote:

The difficulty that is faced by Mr Lee is that he does not know the source of his infection. Had he known its source it is possible that he might have established a causal link between his infection and specific negligent conduct on the part of the prison authorities. Instead he has found himself cast back upon systemic omission. But in the absence of proof that reasonable systemic adequacy would have altogether eliminated the risk of contagion, which would be a hard row to hoe, it cannot be found that but for the systemic omission he probably would not have contracted the disease.

I am not a lawyer and I have insufficient knowledge to comment on the SCA's application of the law. However, I can comment on logic and justice.

It is often the case that people are treated poorly and suffer loss due to that poor treatment but nevertheless cannot pinpoint the precise moment or cause of that loss. This is particularly the case for illness, when it is often impossible to identify the occasion when infection occurred, and very much the case for Dudley Lee. Both courts agree that Lee was probably infected in prison. Both courts agree that the prison authorities acted negligently. Why then should Lee have to show the precise moment or cause of infection? True, we cannot know that if the prison services had taken reasonable measures Lee would not have become ill with TB. But we can surmise that if the prison services had taken reasonable precautions, such as reducing the number of prisoners in cells, ventilating cells better and giving prisoners more time outside, the risk of Lee having contracted TB would have been much lower. Remember, this is a civil case and the burden of proof is to show that the prison's actions probably caused his illness, not that it caused that illness beyond reasonable doubt.

To my mind, the outcome of the case, whether or not the law has been applied properly, is unjust. A man became very ill in all likelihood because of the negligent behaviour of the prison services. The prison authorities were warned more than once about the poor standards of TB prevention in the institution. Yet the prison services have not been penalised by the court.

Also, what incentive is there now for the prisons to do better? Virtually none. Nugent admits in his judgment that "The prospect of political support being mobilised by prisoners to vindicate their rights, or of proceedings being brought by prisoners for a mandamus, which were the means suggested, is remote."

The SCA presumably did not have the SAMJ article before them showing how several reasonable steps would massively reduce the risk of TB infection. That paper, after all, was dependent on the high court judgment as its primary source. I hope that grounds will be found to appeal the SCA's judgment, that the SAMJ paper can be made available and that Dudley Lee will receive a more just outcome at the Constitutional Court.

The one positive outcome is that Nugent found that "it would be most unjust if, in view of the nature of the rights that are in issue, and the manner in which the litigation was conducted by the state, Mr Lee were to be called upon to pay the state's costs ... " The SCA therefore did not make a cost order against Lee.