Why is UCT hosting a royal quack?

On Saturday 5 November His Royal Highness the Prince of Wales will be addressing the University of Cape Town community at Jameson Hall on environmental issues relating to the upcoming COP17 meeting in Durban. 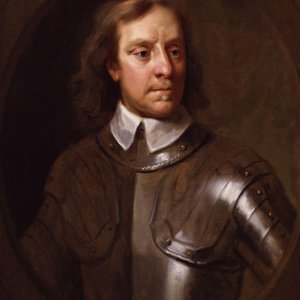 Climate Change is undoubtedly one of the most pressing challenges facing the world, especially poor communities in Africa and elsewhere, and one to which governments are failing to respond adequately. We should therefore welcome efforts by the University of Cape Town to give prominence to the issue. Perhaps the most important contribution the scientific community can make is to invest in research on alternative energy sources and on policy issues relating to climate change mitigation and adaptation. We also have a responsibility to promote the public understanding of science and to counter the misinformation on climate change, especially the fiction that there exists significant scientific doubt as to the reality of anthropogenic climate change.

But why then is UCT providing a platform to a prominent quack who has no scientific credibility, and who has actively harmed the public understanding of science through his promotion of alternative treatments not backed by evidence? And should UCT be promoting hereditary privilege by hosting a "royal" whose prominence derives from being born into an anachronistically privileged family rather than achievement of any sort?

The Prince of Wales has been a prominent proponent of alternative medicine over the years, seemingly undeterred by the almost complete absence of scientific evidence to support its use.1 In 1993, he established the Foundation for Integrated Health to "encourage greater collaboration between conventional and complementary health practitioners and to facilitate the development of integrated healthcare". It promoted the Prince's vision of quackery and wishful thinking fusing with evidence-based medicine and disseminated dangerous disinformation. For example, the foundation published Complementary healthcare: a guide for patients, which stated that

As David Colquhoun (professor of pharmacology at University College London) points out on his blog, the Foundation made no mention of the fact that homeopathy is entirely ineffective at treating any of these conditions. Homeopathy may well be the most implausible of all alternative treatments: supposedly therapeutic substances are diluted to the point where the likelihood of even a single active molecule in a dose is extremely low and the proposed mechanism, water memory, is frankly absurd.2

A report commissioned in 2005 by the Prince's foundation into the evidence on the effectiveness and associated costs of "mainstream complementary therapies"3, conducted by the economist Christopher Smallwood, came to a number of spurious conclusions. It stated, for example, that "CAM (Complementary and Alternative Medicine) treatments offer the possibility of significant savings in direct health costs, while others … [can] deliver additional benefits to patients in a cost-effective way". Most egregiously and dangerously, the Smallwood report stated that homeopathy is a cost-effective treatment for asthma, 4 despite a Cochrane review finding its effectiveness has not been established.5

This is not all. The Foundation appointed a former writer for an AIDS denialist magazine, Boo Armstrong, as its Chief Executive in 2010, shortly before the charity was closed down in the wake of arrests and a fraud investigation. It wasn't long before the grandly-titled College of Medicine was founded by figures previously involved in the Foundation for Integrated Health, in "a new strategy to take forward the vision of HRH Prince Charles".

But the Prince not only promotes dangerous policy and misleads patients. Among his vast private business interests there is a company called "Duchy Originals" that has sold quack remedies under the "Duchy Herbals" brand, including a "Detox Tincture" containing artichoke and dandelion and promising to help "eliminate toxins and aid digestion". One of the UK's most respected experts on alternative medicine, Edzard Ernst of Exeter University branded the tincture "make-believe and outright quackery". Certainly, no evidence has ever been provided that artichoke and dandelion can eliminate toxins from the body, and it is perhaps not surprising that the Duchy Originals page previously dedicated to the herbal range now just shows general information on the company's organic foods.

The Prince of Wales has relied so frequently on unscientific and anti-scientific positions to support his pet projects that he can scarcely have any credibility left. Even if his environmentalism is entirely based on scientific evidence, and however well he means in his public interventions, this is not a man who should be hosted at a scientific establishment. Inviting him to speak at UCT was a serious error of judgment.

Eduard Grebe is a PhD candidate in the AIDS and Society Research Unit at the University of Cape Town.

Thanks Eduard, I do think it important that charlie's insanity around healthcare issues are regularly and resoundingly oublished - but what really does that have to do with climate change? After all, he isn't a AGW denier. If he were speaking to the medical faculty about progressive medical care - that might deserve a column or six. I'm not sure that he has much to say on climate change though - so it may be more inept than incorrect for him to flap his ears in Jameson Hall.

I think the point is that Climate Change is under attack from various vested interests. It is crucial that people given platforms to talk on the subject have credibility. The prince has none.

It is wholly appropriate for political leaders to speak out on topics about which they are concerned and in which they offer leadership. While science informs policy, it is not only specialists who are entitled to express their views on social problems. For a most articulate article by HRH on environmental matters see 'Facing the Future', Resurgence, No 258, January/February 2010 (which is in the UCT library).

It is indeed wholly appropriate for political leaders to speak out on topics about which they are concerned. Specialists are entitled to express their views on social problems (and incidentally, no one is denying the Prince the right to express his views). Al Gore for example is a non-specialist political leader who is a powerful and credible speaker on Climate Change.

But it is not appropriate for a university to be hosting a man like Prince Charles who promotes medical pseudo-science, just because the topic is in a different area. Winning the public battle over Climate Change requires that scientists and their institutions give platforms to credible people. Prince Charles is not credible. How would climate change activists and scientists feel if the TAC invited Bjorn Lomborg to speak on AIDS because he is outspoken on AIDS and unequivocally acknowledges that it is caused by HIV? We wouldn't give him the time of day, because he has no credibility due to his record on climate change.

Scientists across fields need to act with some solidarity with each other when it comes to dealing with people who undermine science.