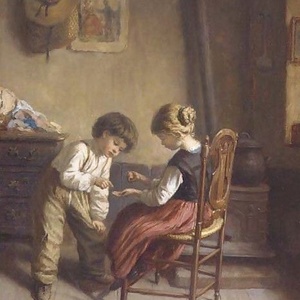 Holford has earned notoriety in Britain and South Africa for the hyperbolic and unverified health claims he makes about his micronutrient products. He is often interviewed on television and radio, his books are marketed aggressively and his adverts run on popular radio stations. Holford's claims and modus operandi has been exposed in Ben Goldacre's book, Bad Science. Holford has also been ruled against previously by the ASA.

Last year Holford ran an advertisement on Highveld Stereo and KFM, two popular radio stations, in which he claimed his product, Smart Kids Brain Boost, would help children get to the top of their class. At the time the product sold for R149.95 on Holford's website.

The ASA ruled on 10 May. It noted that Holford made three voluntary promises:

The ASA was not satisfied that the first promise addressed Equal Education's or Steinman's concerns. It therefore considered whether the claim was supported by evidence. It also considered other claims objected to by Steinman.

Because the ASA found that Holford's claims are unsubstantiated and have to be withdrawn, it did not consider whether Holford's claims breached the part of the code dealing with adverts aimed at children.

The ASA's ruling is an important victory for truthful advertising based on scientific evidence. As Equal Education stated in their complaint:

It is wrong for Mr Holford to make unsubstantiated claims that take advantage of the desire young people have to succeed in school. Succeeding in school requires adequate resources, good teachers, and hard work. There is unfortunately no short-cut based on Mr Holford’s products.

And whats your qualifications may i ask

In his book "Say no to diabetes" Holford promises that if one limits his daily intake of food to 40 gl, diabetes type 2 will remit. Well I've tried his method and found NO improvement in my condition.

Thanks a lot for being the lecturer on this area. We enjoyed your own article quite definitely and most of all cherished how you handled the issues I widely known as controversial. You happen to be always quite kind towards readers much like me and help me in my lifestyle. Thank you. HTTP://www.KneeNeckBackPain.com/