How medicines are tested

Adverts often claim that their product is scientifically tested. What does this actually mean? This article explains the testing process a medicine usually has to go through before reputable regulatory authorities approve it as a treatment for a disease. 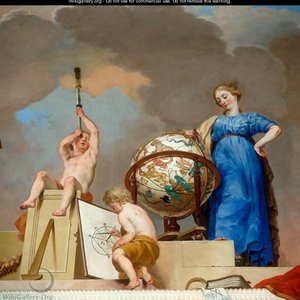 The Reign of Science by Karl Konrad Huber. Source Wikigallery

The purpose of the medicine testing process is to make sure that medicines that come to market are safe and that they work. The testing process also tells us what doses should be prescribed, what the side effects of a medicine are and how different types of patients will benefit, or not, from the medicine.

The methodology has developed through decades of practical experience. The thalidomide scandal of the late 1950s happened because of inadequate testing. It inspired regulatory authorities and drug companies to improve medicine testing.

Even today the methodology isn't foolproof. The withdrawal of rofecoxib (Vioxx) from the market showed how pharmaceutical companies, even big ones like Merck, or the people working for them can ignore the rules --or even cheat-- with deadly consequences.

A successful medicine will go through multiple phases of testing. If it fails at any stage, it is unlikely testing will continue to the next phase.

The letter-number naming convention I've used here is from A Color Atlas of Comparative Pathology of Pulmonary Tuberculosis by Leong, Dartois and Dick. The notes below are adapted from that text.

D0: Basic science
In this phase, researchers, usually at universities, study the disease and how it affects the body. This is not strictly part of the drug testing process, but the process cannot usually proceed without it. In the case of a disease like Tuberculosis, this will, for example, involve trying to understand the chemistry and physiology of the bacterium and how it interacts with the body.
D1: Target identification
Once the disease is understood in enough detail, scientists will try to find a target for a medicine. For example, in the case of Tuberculosis, this might be finding a protein on the bacterium that if destroyed causes the death of the bacterium.
D2: Lead identification
Pharmaceutical companies will then do laboratory tests on numerous chemical compounds to see if any of them are good leads. In other words, they act against the target identified in phase D1.
D3: Lead optimisation
The most promising chemicals (or leads) are modified to improve their properties, such as how strong they are (potency), their ability to only act against the target (selectivity) and pharmacokinetics. This phase can typically last 18 months. During this phase, the most promising leads will often be manufactured in larger quantities in preparation for the next phase.
D4: Animal tests
The best leads are tested in animals to see if they can work inside the body, how toxic they are and what doses will likely be needed in humans. Often two different types of animals are used. In this stage, consideration will be given to how to manufacture the best lead into a form that can be used in human trials. This is usually as a pill or injectable.

An aside: Ethics of animal testing

The ethics of animal testing are highly contested. On the one hand, many medical experiments on animals inflict suffering. On the other hand medicines for TB, AIDS, cancer and many other diseases were first tested in animals. Many medicines have not proceeded to human testing because they were found to be dangerous in animals. Even if a medicine is safe, if animal testing is skipped, it would be extremely difficult to estimate the safe and effective doses for use in phase I humans trials. For two different points of view see:

Phase I: Find safe doses in healthy people
This is the first time the medicine is tested in humans. A few healthy volunteers (usually about 10 to 20), i.e. without the disease the medicine targets, take the medicine in various doses. Side effects are monitored and blood tests are taken to see how long the medicine stays in the blood.
Phase II: Determine if the medicine works in people with the illness
This is the first time the medicine is tested in people with the illness the medicine is supposed to treat. The aim of this phase is to see if the medicine is safe and effective. Usually a hundred or more patients are enrolled. Often there is a control group in this phase, i.e. a group that does not receive the medicine. Instead members of this group usually receive a placebo. Placebos are fascinating and important and we will talk more about them in future Quackdown articles. The results of the control and treatment groups can then be compared. Sometimes this phase is divided into Phase IIa and Phase IIb. In the former, there is more emphasis on trying to find the right dose. In the latter, efficacy is the primary aim. Occasionally drugs can be approved following a Phase II trial. For example, AZT --the first antiretroviral for the treatment of HIV-- was approved by the FDA in 1987 following a Phase IIb trial. This usually only happens if patients with a serious disease do not have any other options and the drug performs very well in Phase II.
Phase III: Large trial comparing medicine against placebo
This is the main trial for determining if a medicine is safe and effective. A large number of volunteers with the disease are recruited to the trial. They are randomly assigned to either get the medicine or placebo. If the illness is life-threatening or debilitating and a safe and effective treatment already exists, then all the participants will receive one of two regimens:
intervention arm - the existing treatment plus the test medicine, or
control arm - the existing treatment plus a placebo.
Ideally, patients, their carers and researchers do not know which patients are on which arm during the trial. If this is the case, the trial is called a double-blind placebo controlled trial. If the medicine performs well compared to placebo, it will usually be approved by regulatory authorities such as the Food and Drug Administration in the United States, the European Medical Agency in Europe and the Medicines Control Council in South Africa. Then the medicine may be brought to market.
Phase IV: Post-marketing surveillance
Once a medicine gets to market, it must still continue to be studied to see how it performs in practice, outside of the clinical trial setting and in patients who use it over a long period of time. These are called Phase IV studies. Sometimes regulatory approval is withdrawn for medicines that have performed well in all the previous phases. For example, dextropropoxyphene is a pain killer for which approval has recently been recalled.

Alternative health product sellers often complain that the testing procedure for new medicines is prohibitively time-consuming, expensive and difficult. It's a complaint that even traditional multinational pharmaceutical manufacturers are increasingly making.

There is some justification to this. The drug testing system has become very onerous. Moreover, different countries and regions have different requirements, adding to the complexity of bringing a new drug to market.

However, the methodology of the system for testing new drugs has developed to address concerns about patient safety. While there is room to streamline and improve it, the system is essentially a good one and its complexity is largely unavoidable.

I would like this article to be a living one, i.e. for it to be updated regularly. Suggestions for improving it are welcome. Either leave a comment, or email me at nathangeffen at gmail.com, replacing the "at" with an @. I will credit people whose suggestions are used in the article. Finally, I cannot find any information on the life of the artist for this article's image, Karl Konrad Huber. He is not in Wikipedia. I would welcome further information on him.